The Senate Fails to Find a Way Forward for Dreamers 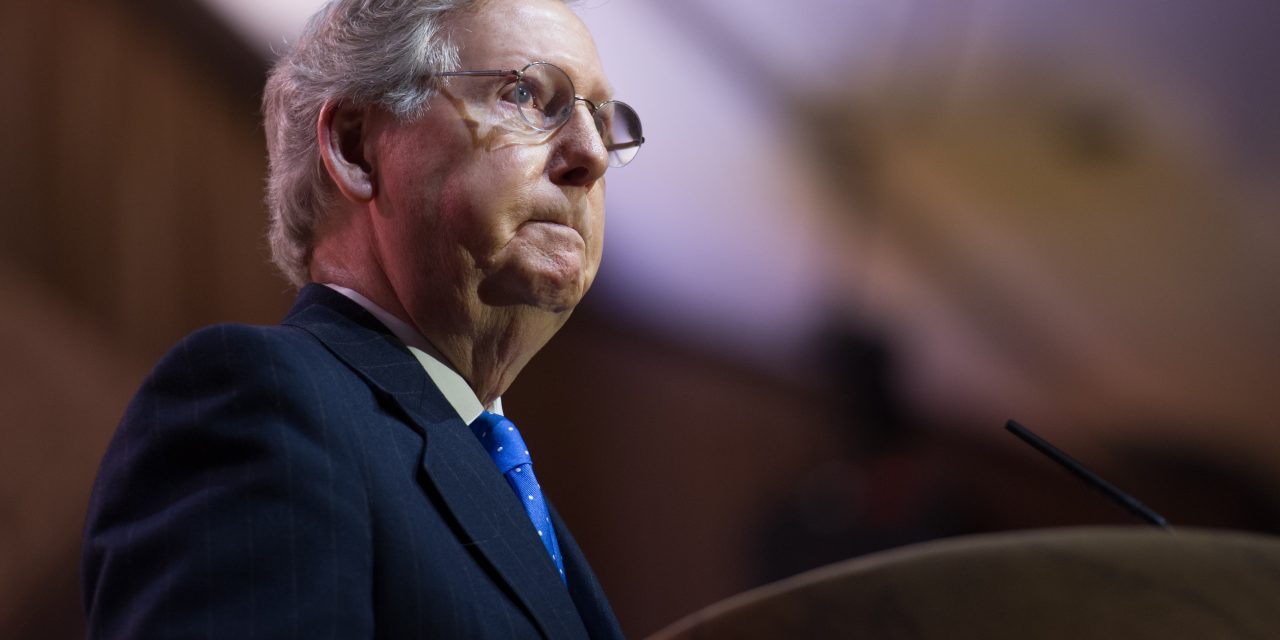 The United States Senate had a golden opportunity this week to legislate a permanent solution for Dreamers—however a week that began full of hope ended as a dud, with no bill passing and the president’s immigration proposal receiving a strong rebuke from Democrats and Republicans alike.

The week began with Majority Leader Mitch McConnell (R-KY) keeping his promise from January, when in exchange for ending the government shutdown, he promised to bring an immigration bill to the floor that “would address [Deferred Action for Childhood Arrivals] and border security, as well as other related issues.” Democrats and Republicans began to file amendments with the hope of conducting votes—any proposal that could achieve the 60-vote threshold would become part of a larger immigration bill.

While this process sounded good in theory, things quickly deteriorated.

Republican leadership in the Senate coalesced around a newly drafted proposal called the SECURE and SUCCEED Act, which took President Trump’s one page immigration framework and turned it into a 592-page bill. Like the president’s framework, the bill included a path to citizenship for 1.8 million DACA-eligible immigrants in exchange for a massive border package, changes to asylum law, draconian cuts to family immigration, and complete elimination of the diversity visa program.

Democrats united around a bipartisan proposal, titled the United and Securing America (U.S.A) Act, introduced by Senators McCain (R-AZ) and Coons (D-DE). The U.S.A. Act, which has also been introduced in the House and has 50 co-sponsors evenly split among Democrats and Republicans, would provide a path to citizenship for undocumented youth who were brought to this country before the age of 18. On border security, the bill takes a more strategic approach than its White House counterpart, requiring a comprehensive border strategy be in place by 2020.

In the middle of the week, a final group of more moderate Democrats and Republicans, led by Senators Collins (R-ME) and Rounds (R-SD) on the Republican side and Senators King (I-ME) and Kaine (D-VA) on the Democratic side, came together on a proposal. Their bill provided a pathway to citizenship for Dreamers (but did not allow them to sponsor their parents), included $25 billion for a border wall, and eliminated one of the family-based visas.

Democrats and Republicans agreed to vote on all three of these proposals. However, the White House injected itself into the Senate debate, threatening to veto the bipartisan proposals, after only weeks earlier promising to sign any bipartisan deal the senate could pass. Instead, the White House only endorsed the bill modeled after Trump’s framework.

In the end, nothing could get the required 60 votes. Senators were unable to put aside their differences and find a permanent solution for Dreamers that could pass the senate. The two bipartisan proposals each received over 50 votes, with the Collins-Rounds bill receiving the support of eight Republicans but not enough to reach 60. The White House proposal received the fewest number of votes—39—with 14 Republicans voting against it.

Immediately after the votes failed, senators began speculating about a potential short-term fix for DACA recipients that would include some funding for the border wall and no other changes. The next best chance to pass legislation is when Congress tries to pass a bill funding the government for the rest of year in March, but it is unclear if Congress is ready to consider that type of option right now.

With Congress now gone for the next 10 days, it was another frustrating week and missed opportunity to make real progress on finding a permanent solution for Dreamers who continue to lose protection every day and live a life of uncertainty. They deserve better from our elected representatives.