A Caravan of Migrants Makes Its Way to the US, as Trump Threatens to Close the Border 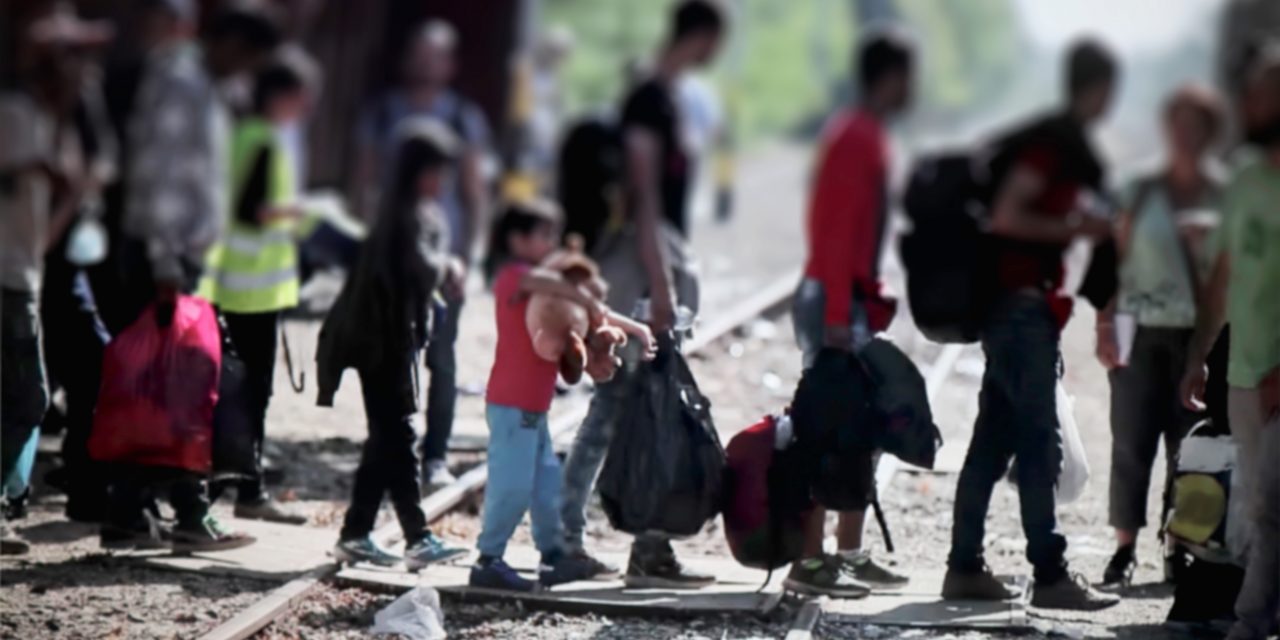 Thousands of migrants—many of whom are mothers, fathers, and children fleeing their homes in violence-stricken areas of Central America—are traveling to the U.S.-Mexico border as part of an impromptu caravan. A majority of the estimated 4,000 migrants left last week from San Pedro Sula, Honduras, which has long ranked as one of the most violent cities in the world.

This group is the latest to attempt the journey to the border, after a contentious summer left thousands of migrant families separated under the Trump administration’s “zero-tolerance” policy.

In September, U.S. Border Patrol agents encountered 41,400 undocumented immigrants, a ten percent increase from the previous month’s 37,544. 16,658 of those apprehended by the Border Patrol in September were part of asylum-seeking families, three hundred higher than the previous record set in June 2014.

Despite the small increase in September, border apprehensions remain at historic lows, with total apprehensions in 2018 lower than those in 2013, 2014, and 2016.

U.S. Customs and Border Protection (CBP) is tracking the latest caravan from Honduras, while President Trump’s threats against the group and involved countries have escalated throughout the week.

On Tuesday, he threatened to cut off all aid to Honduras, Guatemala, and El Salvador if the caravan reaches the United States. By Thursday morning, the president said he would call on the military to close the U.S.-Mexico border if the caravan reached the Southern border. However, it is unclear what the military could do, as troops deployed to the border are limited to logistical support roles only.

He also suggested he would dismantle a recent trade agreement with Mexico and Canada that is supposed to serve as a replacement to the long-standing North American Free Trade Agreement.

The Mexican government has since agreed to intercept members of the caravan, dispatching hundreds of federal police to their country’s border with Guatemala in anticipation of the group’s arrival.

Mexican President-elect Andres Manuel Lopez Obrador warned that any Hondurans caught without proper paperwork in Mexico would be deported—but as recently as Wednesday, said “[any Central Americans] who want to work in our country will have help, will have a work visa.”

Previous caravans that have come to Mexico have been allowed to enter and seek asylum in the country.

Even though seeking asylum in the United States is legal, many of those caught up in the administration’s zero-tolerance policy and its aftermath have been unable to properly access the asylum process. Similarly, there would be no need for the president to make threats—like cutting foreign aid, closing the border, and undoing a trade agreement—if these caravan members and the ones that came before them had been allowed to properly seek asylum.

The fate of these 4,000 caravan members, however, is still unknown. But there is no doubt they should be allowed to access the asylum process as legally intended—their lives depend on it.