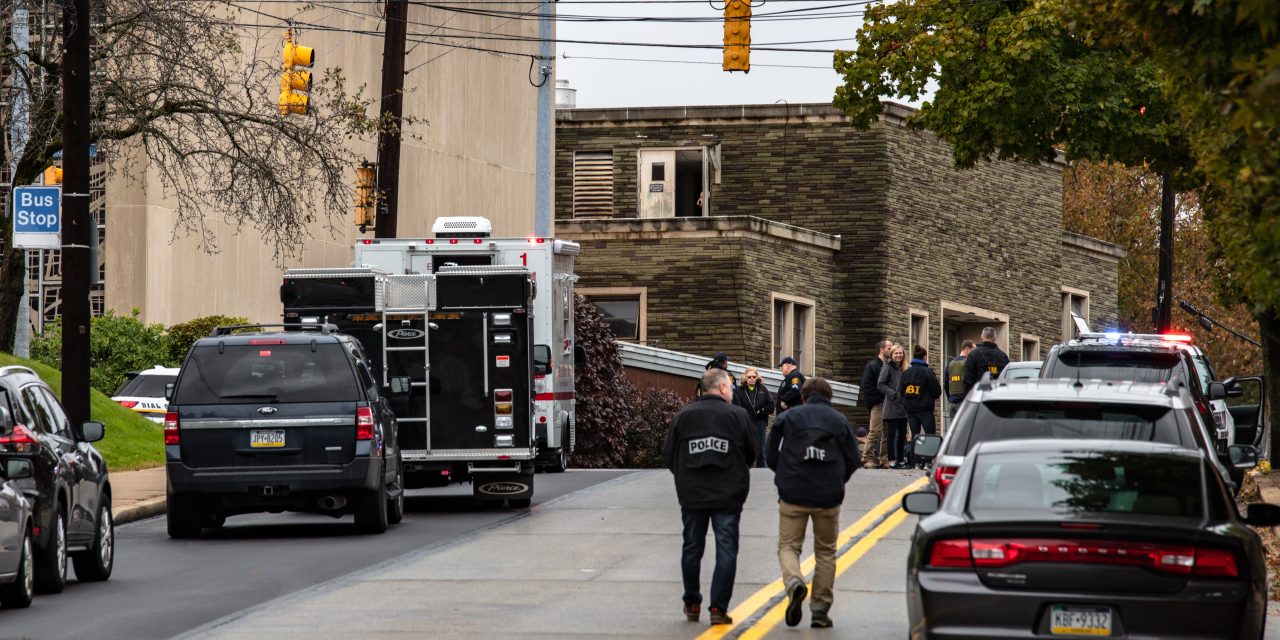 In a world of instantaneous news, the nation learned of the attack on the Tree of Life Synagogue on Saturday in Pittsburgh almost in real time. As the details emerged, we discovered that 11 Jewish worshippers had been murdered by Robert Bowers, a self-described anti-Semite with a hatred for Jews, refugees, and immigrants.

Shortly before embarking on his murderous actions, Bowers allegedly posted on an alt-right social media site about his anger toward the refugee support group HIAS, formerly known as the Hebrew Immigrant Aid Society. HIAS is one of the nine national agencies that helps to resettle refugees in the United States and serves refugees of all faiths and nationalities.

The shooter believes the Jewish nonprofit was helping transport members of the Central American migrant caravan into the United States, repeatedly referring to the caravan as “invaders” who want to “kill us.”

Bowers was also agitated when HIAS organized refugee welcoming events at Jewish congregations around the country. He shared a list of these congregations on his social media accounts, thanking HIAS for providing a list of targets.

This attack on Jewish worshippers in a place of sanctuary is gut-wrenching and the most recent of many mass killings this year alone. His act was fueled by a toxic mix of hate speech, creeping anti-Semitism, and a growing intolerance of the foreign-born.

Unfortunately, these dark ideas have always been lurking in the hearts of some, but people are becoming bolder in their hatred, encouraged by a president who repeatedly crosses the lines of decency when it suits his political ambitions.

Refugees and immigrants are cast as dangers and national security threats, not because it is the truth, but because they are convenient scapegoats. They are easy to blame for political problems that have deep economic and social causes but have little to do with immigration.

But convenient rhetoric has consequences. Bowers’ hatred is a product of our culture and our tolerance for hateful speech. Not just hate speech by its legal definition—but hateful speech, in which we cheer on and vote for politicians who advocate violence against their opponents, fabricate conspiracies at the drop of a hat, turn victims into enemies, and attack entire groups of people.

No one can say what caused Bowers to pull the trigger and end innocent lives, but no one can deny that today’s America is becoming a breeding ground for extremist acts.

This must stop. A return to honest, candid, but respectful political discourse is a necessity. Policies that encourage diversity and trust should be the norm.

In that spirit, we must open our country again to refugees—people who are fleeing hate and violence—because it is in that act of love that we lose our fear.

Each of us must pledge to do more to ensure that there will never be another worship service that ends in tragedy. As Mark Hetfield, president and CEO of HIAS noted, “Everybody has to be engaged in calling out hate.”