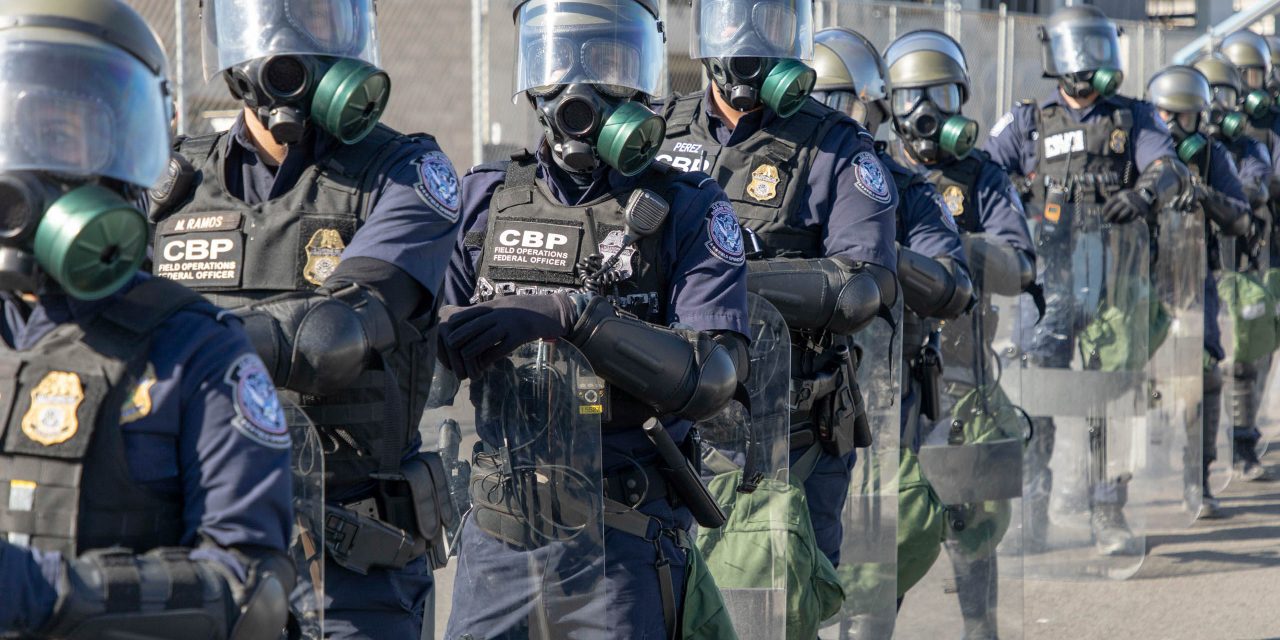 The situation in Tijuana, Mexico reached a boiling point on Sunday, after U.S. authorities fired tear gas at hundreds of migrants—including pregnant women and children—who had peacefully gathered earlier that morning to ask for asylum. Disturbing video footage, pictures, and stories have emerged depicting the mayhem, which came to a head after some migrants in the group reportedly attempted to breach the border fence and others threw rocks and bottles.

The San Ysidro Port of Entry—the busiest land border crossing in the Western Hemisphere—was closed in both directions for several hours in response.

The situation in Tijuana for the migrants has become critical, with thousands of migrants camping out at a sports complex near the border. Many migrants grow desperate waiting, with limited access to medical care and hot food. They also have no assurances that they will eventually be permitted to seek asylum in the United States, a right which continues to be guaranteed under domestic and international law.

U.S. border officials have long claimed there is “no room” to process those at the U.S.-Mexico border attempting to request asylum.  In Tijuana, fewer than 100 migrants are processed by U.S. border officials a day, which continues to exacerbate an already untenable situation.

Meanwhile, thousands of men, women and children continue to languish in Tijuana, relying largely on the goodwill of teams of medics, advocates, and lawyers from Tijuana and across the United States.

Mexico’s interior ministry said Sunday that it would deport from Mexico any migrant who attempts to “violently” enter the United States from Tijuana, raising the concern that many of the migrants—who may be legitimate asylum seekers—have been deported back to imminent harm.  Mexico says that it has deported an estimated 100 Central Americans associated with yesterday’s turmoil.

The United States has failed to offer a reasonable solution to address the humanitarian crisis which continues to unfold on its doorstep – short of resorting to military force or cutting a deal with Mexico to force asylum seekers to wait in Mexico indefinitely.

Yet, the law is clear: The United States must comply with U.S. law and binding international law by allowing individuals who assert an intention to apply for asylum or a fear of returning to their home countries to seek protection in the United States.

Sunday’s turmoil represents years of failure by the U.S. government to invest in long-term solutions to the difficulties posed by large numbers of migrants fleeing to the United States. The violence that broke out in Tijuana this Thanksgiving weekend is just the latest in a litany of immigration policy experiments tested by an administration hell-bent on curbing immigration to the United States, no matter the human cost.