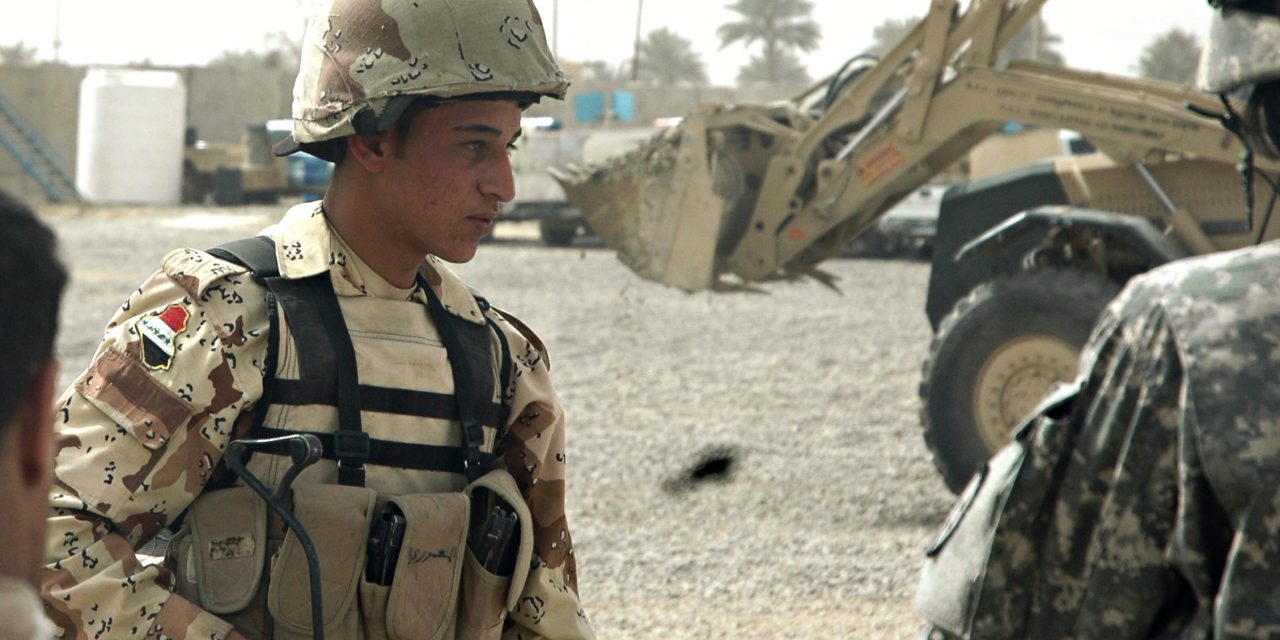 Iraqi interpreters who risked their lives to work with the American military have been effectively shut out from obtaining the special U.S. visa they were promised. The Trump administration issued only two visas to former Iraqi interpreters last year, according to Department of State data provided to Congress.

The visas, now granted through the Direct Access Program, are for nationals from Iraq and Afghanistan who supported the U.S. Armed Forces as interpreters during the wars. The formal Special Immigrant Visa (SIV) program for Iraqis ended in 2014, so Iraqi interpreters must now apply to the U.S. Refugee Admissions Program using the Direct Access Program.

Thousands of Iraqis volunteered to offer critical linguistic support to American troops following the 2003 invasion of Iraq. Many applied for a U.S. visa during or after their service. Though they were promised a visa to the United States in return for the service, many of those who applied are still waiting for a final decision on their application a decade later.

Visa issuances to Iraqi interpreters have been in decline since President Trump took office. The number of visas granted to interpreters from Afghanistan—who are also eligible for the same special visa—is not currently available.

In fiscal year 2016, 325 Iraqis who had been employed as interpreters were admitted into the United States. In 2017, that number dropped to 196 interpreters.

By 2018, only two visas were granted under the Direct Access Program to Iraqi interpreters—representing a 99% decline over three years. Tens of thousands of applications remain stuck in a backlog.

There are two major factors that can likely explain the decline.

Advocates and lawmakers believe the steep drop-off is a result of the Trump administration’s restrictive immigration policies; most notably the January 2017 executive order that called for the “extreme vetting” of nationals traveling from Iraq and six other Muslim-majority countries.

Some officials believe that the government’s additional vetting of Iraqis may have slowed the processing of these visas, and possibly led to erroneous identification of many people as national security threats.

President Trump also slashed the overall number of refugees that can be admitted into the United States. The cap now sits at 30,000—a historic low and massive reduction from a previous limit of 45,000. Reports confirm that the administration is considering reducing this number even further.

Because Iraqi interpreters must apply through the U.S. Refugee Admissions Program, the decision to lower the overall refugee cap also hurts their chances of receiving a visa.

It appears interpreters are the collateral damage of these anti-immigrant policies.

This is especially concerning since many in the U.S. Armed Forces consider interpreters to be life-saving partners on the ground.

In addition to their critical language services, they intercept communications and provide intel, go on missions, and in many cases put themselves directly in harm’s way to save American soldiers’ lives.

“Over the last 17 years of war, numerous Iraqi nationals have risked their own lives and their families’ lives by aligning with our diplomats and warfighters providing essential mission support. We owe them support for their commitment.”

Former interpreters are often targeted by the Taliban and Islamic State militants for their association with U.S. troops. Hundreds have been killed by the terrorist organizations and many more have faced threats, kidnapping, and attacks. These threats continue today, despite improved country conditions in Iraq.

It is in the United States’ best interest to honor our promise to the interpreters. Doing any less could compromise our partnership with interpreters in future conflicts. More importantly, it would likely result in more tragic, needless loss of human life.