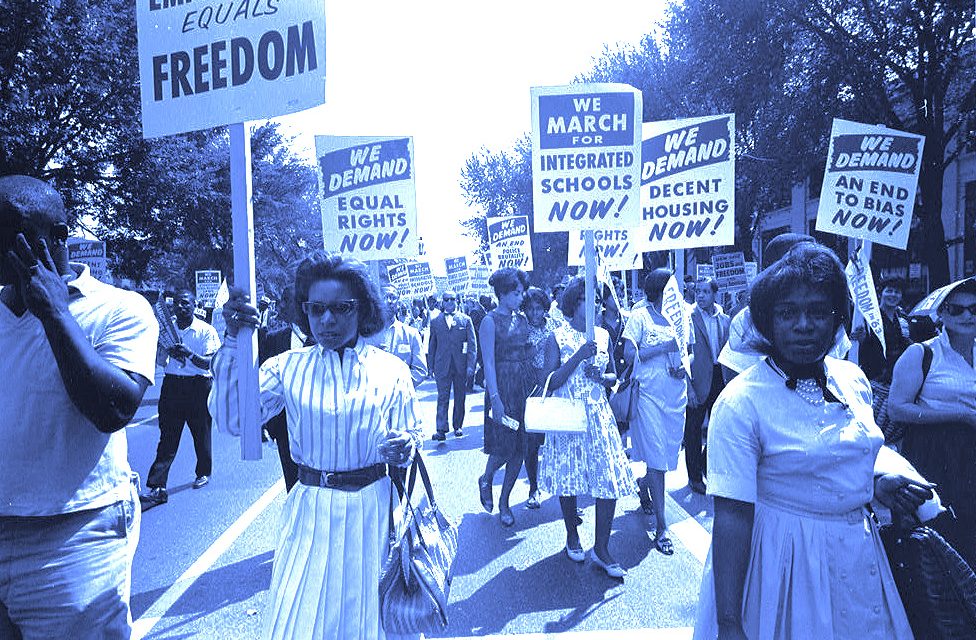 The ideology of President Trump is about more than limiting how many immigrants enter the United States each year; it’s about turning back the clock on U.S. social history.

A recent analysis by law professor Robert Tsai explores how President Trump’s ideology—labeled “Trumpism”—is the latest installment in a long-standing conservative movement to dismantle the legacy of the civil rights era and return the country to a more “traditional” social order.

This traditional order, which prevailed in the 1950s, has very little room for immigrants—particularly non-white immigrants from the developing world.

Tsai’s analysis begins by noting a key historical fact: that the Immigration and Naturalization Act of 1965 was an integral part of the civil rights struggle—just as much as the Civil Rights Act of 1964 and the Voting Rights Act of 1965. It broke down racial barriers that had dominated U.S. immigration law for decades. The fundamental principle behind all three laws was simple: the promotion of equality.

The Immigration and Naturalization Act of 1965 also had two other guiding principles: the preservation of family unity and the presumption that immigrants are capable of assimilating or integrating into U.S. society.

Although the new immigration system was not perfect, it did radically reduce the level of overt racial discrimination would-be immigrants to the United States had to endure. Prior to 1965, a “national origins quota” system dominated the U.S. immigration system for more than 40 years. That system favored immigrants from northern and western Europe, while discriminating against virtually everyone else in the world.

The 1965 law scrapped that system and significantly opened immigration from Latin America, Asia, and Africa, as well as Europe in its entirety.

As Tsai argues, that began to change after 9/11, when institutional discrimination against Muslims skyrocketed in the name of “national security.”

According to Tsai, Trumpism is fueled by anxieties over the demographic and cultural changes the nation has experienced since the adoption of a more open immigration system in the 1960s. In this sense, Trumpism is what Tsai calls an “ethno-nationalist movement.”

But Trumpism also borrows from other strains of conservative ideology, ranging from the Tea Party to the Moral Majority. As a result, it targets a host of “enemies” in addition to immigrants, such as the United Nations and the global trade regime.

Another key feature of Trumpism is its dependence on the unilateral power of the presidency to implement any policy change. With the House in Democratic hands and the Senate in Republican hands, Congress is effectively deadlocked.

The Trump administration therefore falls back on claims of “national security” or “national emergency” to justify its use of executive orders and federal regulations as it attempts to implement a sweeping agenda for which it has no clear mandate.

This attitude reflects more than just the president’s views on immigration. It reflects his views on race as well. It’s no wonder that he wants to lead the nation back to the 1950s, before the civil rights movement dared to challenge the racial hierarchy of U.S. society.