What Is Happening with Trump’s Border Wall? Here’s Everything You Need to Know So Far 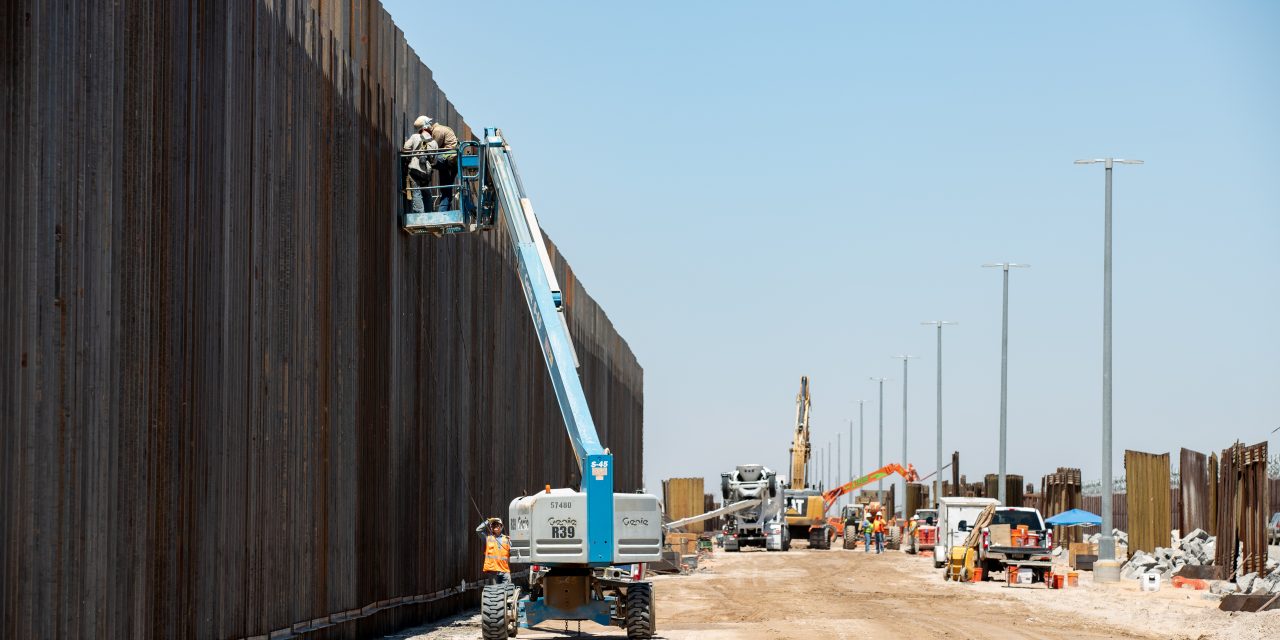 President Trump has made the construction of a wall along the U.S.-Mexico border a cornerstone of his presidency. To date, not a single mile of new barriers has been erected. But the Trump administration continues to aggressively pursue new avenues to fund this project outside of the traditional federal appropriations process, including the president’s declaration of a national emergency.

Judge David Briones in Texas issued a ruling last week that will prevent the president from using certain Department of Defense (DoD) funds to construct new barriers along the border.

This is one of eight lawsuits filed in federal court to challenge the border wall. Most argue that Trump’s national emergency is an illegal maneuver to release funding for the wall by circumventing Congress.

The administration has made multiple requests for federal funding, despite Congress’ repeated refusal and clear evidence that a wall is an unnecessarily expensive and inefficient enforcement measure to address unauthorized migration.

In 2017, the administration requested $999 million to fund the “first installment” of President Trump’s wall. That year, the Republican-controlled Congress provided the Department of Homeland Security (DHS) with $341 million to replace around 40 miles of existing barriers.

The next year, the administration asked for $1.6 billion for 74 miles of new barriers. Congress responded by providing approximately $1.6 billion for replacement fencing and additional security technology.

But Congress provided an important caveat on how this funding could be used in that year’s appropriations bill:

“None of the funds made available in this or any other appropriations Act may be used to increase, eliminate, or reduce funding for a program, project, or activity as proposed in the President’s budget request….”

Congressional intent was clear—legislators agreed to provide a total of approximately $3.3 billion over the course of three years for additional security technology and replacement fencing along the border, but not for the purpose of creating new barriers. It is important to note that these funds are independent of the billions of additional dollars that DHS receives for immigration enforcement.

The president signed this appropriations bill into law, but simultaneously proclaimed a national emergency at the southern border. The proclamation ordered the re-appropriation of billions of dollars from the DoD to construct new barriers and send military personnel to the border.

In the case last week, Judge Briones ruled the president’s proclamation violates federal law. He also said the proclamation is invalid since it attempts to override Congress’s intent to avoid further funding for the construction of new barriers.

The parties were ordered to file a proposed preliminary injunction specifying its scope within ten days. This case is centered on the $3.6 billion pool of DoD construction dollars, but the judge’s decision on the preliminary injunction could sweep in the additional $2.5 billion intended for counterdrug activities.

All of this has happened against the backdrop of multiple votes in Congress in favor of terminating the president’s national emergency. The president just vetoed the most recent resolution.

Judge Briones will not have the last say—this case will almost certainly make its way to the Supreme Court. The ultimate outcome of these cases will determine if the United States returns to a more balanced form of government, or if presidents will now have the unquestionable discretion to appropriate federal dollars as they see fit.