A Humanitarian Catastrophe at the Border: One Year of the ‘Migrant Protection Protocols’ 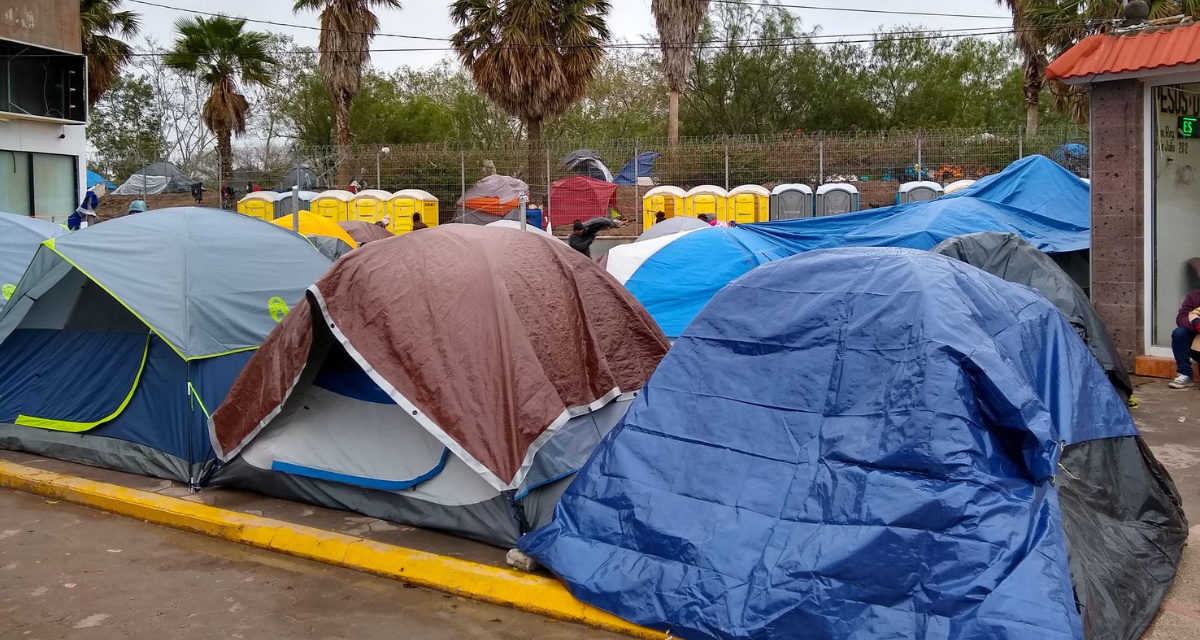 One year ago today, a confused Honduran man seeking asylum in the United States became the first person to be turned away from the border and sent back to Mexico to await a U.S. court hearing. He would become the first of nearly 60,000 people subjected to the so-called “Migrant Protection Protocols” (MPP).

Under MPP—also known as the “Remain in Mexico” program—asylum seekers must wait in Mexico for months or longer while they go through the immigration court process.

Since it began last year, MPP has wreaked havoc across the border by upending the asylum process. It’s caused chaos in immigration courts, created refugee camps along the U.S.-Mexico border, and forced thousands of families and children into danger.

MPP also deprives people of due process. The importance of having an attorney in immigration court cannot be overstated. But MPP makes that nearly impossible.

Very few people in MPP have lawyers because few American lawyers can take the cases of people residing in another country. Most people stuck in crowded Mexican shelters also don’t have the resources to hire a lawyer.

Just 5% of people in MPP have legal representation and almost no one put into the program has been able to win their cases. Only 187 people have won their asylum case since the program began through December 2019. That’s less than 1% of the people placed into MPP.

Tens of thousands of families and children have gone through MPP since it started in January 2019. Many must wait in locations so dangerous that the U.S. State Department advises all Americans to avoid travel there. In Matamoros, Mexico, over 2,500 refugees remain huddled in a tent camp that members of Congress described as “worse” than refugee camps in war zones.

MPP has also created a new revenue stream for the criminal cartels in Mexico. People placed in MPP often fall victim to criminals who kidnap and extort them for ransom.

The organization Human Rights First has documented 816 publicly reported cases of kidnappings, tortures, rapes, and other crimes against people in MPP through January 21, 2020. More than 200 cases involve children who have been kidnapped. Making matters worse, since these are only cases which have been publicly reported, it’s likely that the true toll is much higher.

Many horror stories have emerged over the past year. In December, the New York Times obtained a recording made by a woman inside the United States of kidnappers in Mexico threatening to torture her husband in front of their three-year-old child if she did not pay an exorbitant ransom.

When MPP was first announced, the government claimed that it would help asylum seekers by giving them quicker court hearings.

At a congressional hearing in April, former Department of Homeland Security (DHS) Secretary Kevin McAleenan claimed the program was “an important effort to provide greater access to court hearings” that would allow DHS to “take more people in at ports of entry who are processing asylum claims.”

In reality, the number of asylum seekers processed at ports of entry remained effectively unchanged throughout 2019.

It’s true that asylum seekers processed through MPP receive quicker hearing dates than if they had been released into the United States. But what good is a court date if you’re denied the opportunity to obtain a lawyer or advocate for yourself while living in danger?

By the end of 2019, DHS’ narrative about helping asylum seekers changed.

At a press conference in November, acting Customs and Border Protection (CBP) Commissioner Mark Morgan abandoned earlier claims about MPP, instead calling the program successful “from a law enforcement perspective” and characterizing it as a “game-changer” because CBP wasn’t holding as many people in detention.

While legal challenges to MPP are still held up in court, the damage will last long after the program ends. Tens of thousands of people have been denied the right to seek asylum and the United States has closed its doors to many of the most vulnerable.

All this damage has occurred in just one year. Now, more than ever, it’s time to put a halt to this human rights catastrophe and the relentless assault on asylum.