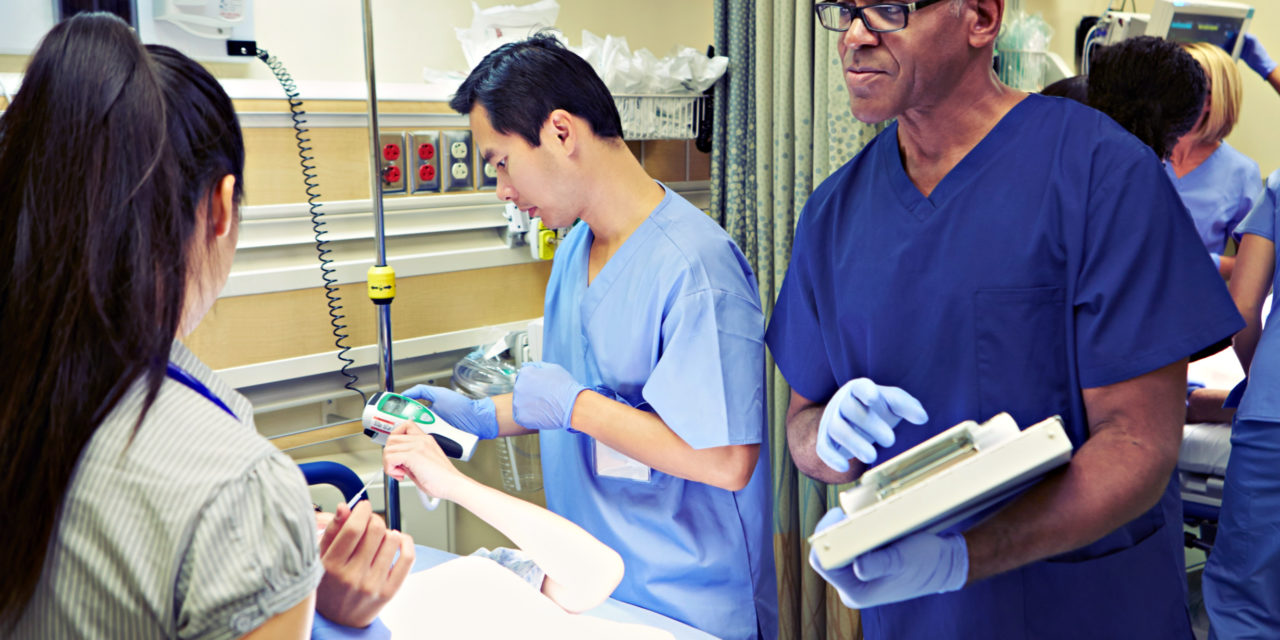 As the COVID-19 pandemic unfolds, the U.S. health care system will likely be pushed to its limits. During this time, it is important to remember the role that immigrant health care workers play alongside their native-born colleagues on the front lines of this fight—and how strongly our health care capacity depends on the expertise of these workers.

From physicians to nursing home aides, immigrants play critical roles in the health care infrastructure of the nation. These roles will likely become even more critical in the weeks and months ahead.

A study in the medical journal JAMA found that roughly 30 percent of all physicians in the United States were born in other countries. The same is true for one-in-five pharmacists and one-in-six registered nurses. About 23 percent of home health, psychiatric, and nursing aides are immigrants as well.

Immigrant workers are found at all points along the health care occupational spectrum, at all levels of skill and education.

Immigrant doctors in particular play an out-sized role in providing health care to rural towns and disadvantaged communities. And immigrant health care workers more generally are critical in serving the elderly and people with disabilities in nursing homes and other long-term care facilities.

Among the many immigrant health care practitioners and support workers are 27,000 DACA recipients. The typical DACA recipient was just 6 years old when they first came to the United States, and all DACA beneficiaries have been here for at least 12 years. Their fate—and the fate of the patients they serve—hinges on the Supreme Court. The court’s impending decision will determine whether DACA recipients can keep their protected status or will be forced to return to the countries where they were born.

The need for immigrant physicians is particularly acute.

Even before COVID-19, the United States was facing a serious shortage of physicians. The projected shortfall was estimated to be between 46,900 and 121,900 by 2032—due in large part to the growing medical needs of an aging population. This shortage would be graver if not for immigrant physicians. Their role will be even more critical as the pandemic intensifies.

Unfortunately, the Trump administration has made it harder for foreign-born medical professionals and scientific experts to come to the United States.

By adding red tape to the H-1B temporary visa program, for instance, the administration has made it more difficult for biochemists and epidemiologists to join U.S. biomedical and pharmaceutical companies. This is not the time to be adding more restrictions for immigrants working in these fields.

The U.S. health care system depends upon the hard work and knowledge of native-born and foreign-born workers. And it will take every one of them to effectively respond to COVID-19. We should be doing everything possible to encourage everyone who is willing to help to come forward to be part of the collective response.