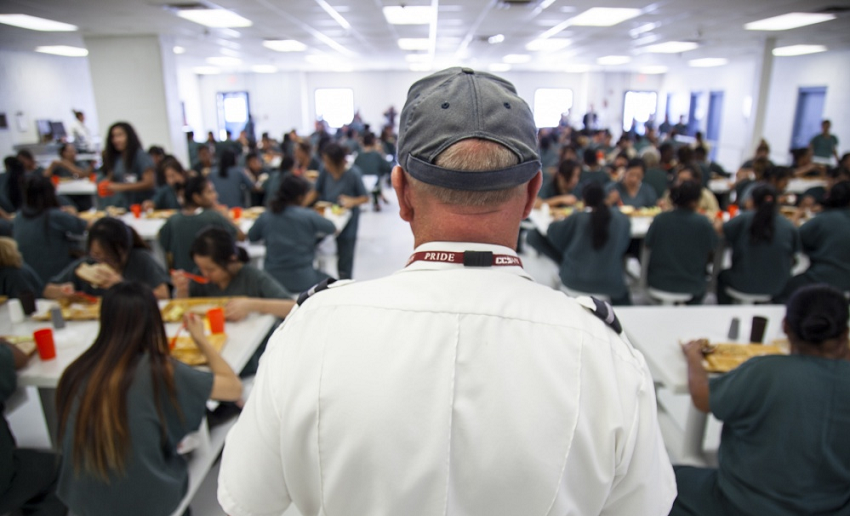 Social distancing has been mandated in many places throughout the United States to slow the spread of COVID-19, the new coronavirus. Meanwhile, U.S. Immigration and Customs Enforcement (ICE) continues to detain approximately 38,000 people in close quarters. This conflicts with medical experts’ repeated advice to decrease the detention population.

Earlier this month, over 3,000 medical professionals signed a letter urging ICE to release detained individuals. They advocated for using alternatives to detention. This is crucial for “the most vulnerable—the elderly, pregnant women, people with serious mental illness, and those at higher risk of complications.”

The letter warned that the consequences would be dire if ICE failed to follow this guidance:

“We can expect spread of COVID-19 [in detention] in a manner similar to that at the Life Care Center of Kirkland, Washington, at which over 50% of residents have tested positive for the virus and over 20% have died in the past month.”

The spread would extend to surrounding communities through facility staff and overwhelm local hospitals. Physicians for Human Rights, the Department of Homeland Security’s own medical experts, and a former acting ICE director have all made similar recommendations.

Individuals in ICE custody around the country report inadequate COVID-19 precautions. They say there’s a lack of education, screening, hygiene supplies, and medical treatment. Many feel desperate and afraid.

In Pearsall, Texas, facility staff pepper sprayed approximately 60 detained individuals and moved nine into solitary confinement after they staged a protest demanding their release due to the pandemic.

Similar incidents have occurred in Pine Prairie and Lasalle detention centers in Louisiana. Hunger strikes have been reported in Pennsylvania, Georgia, and New Jersey, where two people had tested positive for the coronavirus.

A small number of people have already been released.

Some parole and bond requests have been granted based on the danger of COVID-19 in detention. Last week, a federal appeals court upheld a decision guaranteeing bond hearings for certain detained people. That case preexisted the current health crisis.

A series of federal lawsuits have also started to win the release of certain individuals. So far, judges have ordered the release of a small number of people in New Jersey, Pennsylvania, Massachusetts, and California.

Other similar cases are pending around the country. Another judge in California ordered the government to “make continuous efforts” to release immigrant children from its custody and report back on its progress. This decision applies to the approximately 3,600 unaccompanied minors in Office of Refugee Resettlement Custody, as well as the hundreds in family detention centers.

Experts have expressed similar health concerns for people in the criminal justice system.

Some local and state officials have released certain prisoners pre-trial detainees. U.S. Attorney General William Barr directed the federal Bureau of Prisons to increase the use of home confinement for certain people.

Unlike people held in criminal custody, immigration detention is not supposed to serve as a punishment, but rather only ensure that people appear in court. Comprehensive analyses of the government’s own data show that in the vast majority of situations, immigrants placed into removal proceedings appear for all of their court hearings.

Tens of thousands of people remain in ICE custody, even though ICE has the power to release them. There are alternatives to detention that are much more humane, less costly, and which would help to minimize the further spread of COVID-19.

Many people in detention are in high-risk categories. At least one person in ICE custody and several detention facility staff have already tested positive for the virus.

To protect everyone’s health, ICE must act to dramatically reduce the number of people in detention centers. We must do everything possible to keep everyone safe regardless of their immigration status.

FILED UNDER: Alternatives to Detention, covid-19, Immigration and Customs Enforcement