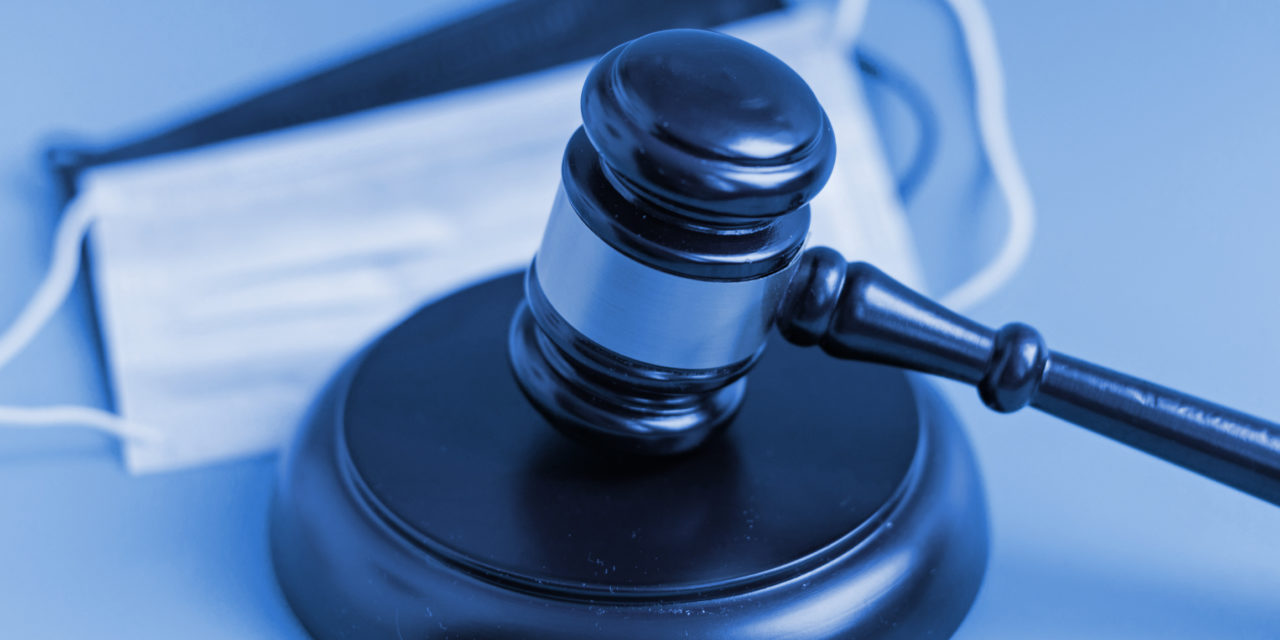 As the novel coronavirus (COVID-19) spreads and entire states go into quarantine, immigrants and their attorneys are still being forced to gather in cramped immigration courtrooms inside detention centers around the country. These hearings pose an obvious public health risk and run contrary to the government’s own recommendations regarding social distancing during the outbreak.

This has led to an unprecedented joint demand from immigration judges, prosecutors, and lawyers to close the immigration courts.

On Tuesday, a group of organizations filed a lawsuit against the Executive Office for Immigration Review (EOIR), which is in charge of the immigration courts.

The lawsuit demands the immediate suspension of all in-person immigration court hearings for people who are detained. It also calls for the implementation of robust remote access alternatives for detainees who wish to proceed with their hearings during the COVID-19 pandemic. Additionally, it seeks a court order requiring that the government provide ways for people held in detention centers to communicate with their attorneys, and to be released if that’s not possible.

The lawsuit comes alongside another emergency request for EOIR to take more measures to slow the spread of COVID-19.

EOIR has so far moved slowly to address the risks of proceeding with court hearings. For days, EOIR kept open all immigration courts, including the vast majority which hear cases of people not held in detention.

These hearings continued despite demands to postpone hearings. During that period, thousands of people crowded into courtrooms around the nation. This was right as COVID-19 was beginning to spread faster.

EOIR has also been the subject of criticism for the way it has announced court closures and openings. For weeks, the agency would post vital announcements only on Twitter. It would often make the announcement the evening before a court would close.

In one instance, EOIR announced on Twitter that it was closing the Newark Immigration Court as a precautionary measure less than two hours before the court was due to open.

Individual judges around the country have issued new “standing orders” (which set rules applying to all parties) that allow attorneys to appear via telephone. But EOIR has not made those orders easy to find online.

These orders are currently posted in an appendix to the Immigration Court Practice Manual. But because there is no public notice of this, the only way to discover their location is through word of mouth.

The haphazard notices have driven intense frustration among immigration attorneys. Their detained cases are still proceeding, as they have no way to tell whether their hearing will go forward. For many looking from the outside in, EOIR appears to be a rudderless ship headed towards disaster.

This lack of leadership has led to extraordinary calls from the National Association of Immigration Judges (NAIJ). In a letter to EOIR on March 30, an immigration judge who is a U.S. military veteran declared that:

“EOIR has demonstrated that they need to be gutted and rebuilt from the ashes. I’ve never witnessed an utter lack of concern for people like I have here. In my former life, we treated captured Taliban and ISIS with more humanity. Moreover, I’ve never seen worse leadership.”

EOIR’s lack of leadership and clear communications are jeopardizing the lives of people every day. Given the agency’s inability to chart a measured path through the crisis, it’s time for the courts to close. Judges can utilize telework practices to hear bond motions and order releases as necessary while also working to preserve public health. But given the present circumstances, the days of business as usual must end.