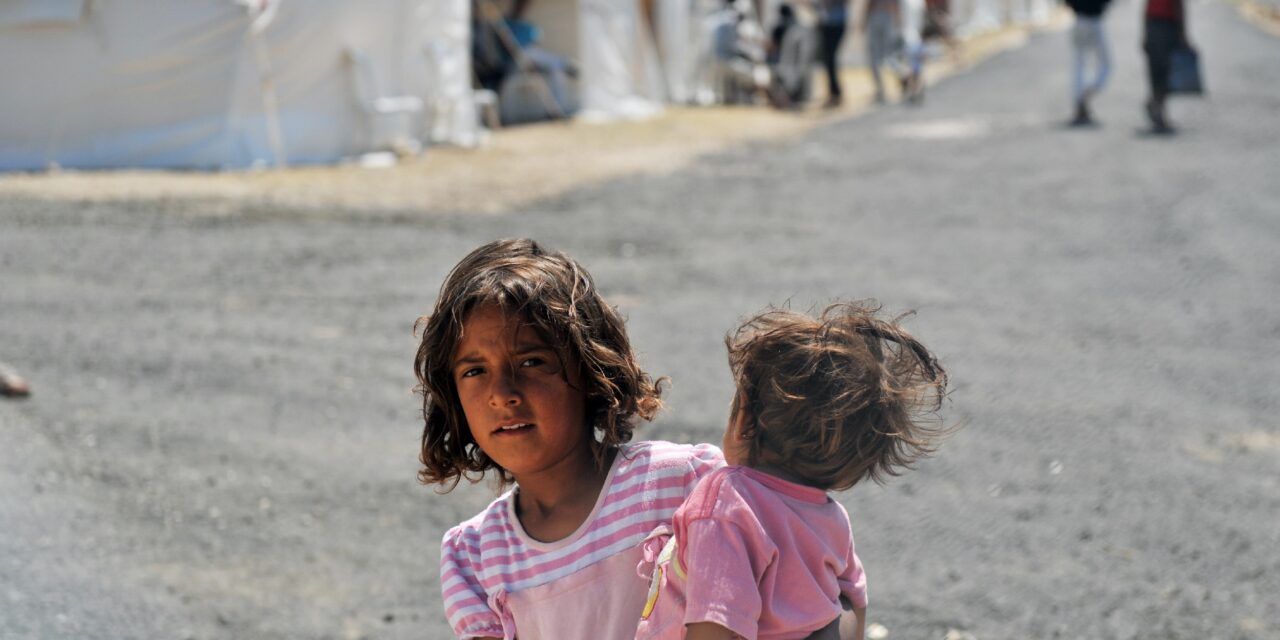 Each year on June 20, World Refugee Day celebrates the resiliency of refugees who have fled persecution in their home countries. It also honors the process that allows countries to take in refugees. This year, the occasion is more somber in the United States, where refugee admissions are historically low.

World Refugee Day was established in 2001 by the United Nations High Commission on Refugees (UNHCR). This year’s theme, “#StepWithRefugees,” encourages people around the world to walk a mile in support of refugees, and to nominate friends on social media to do the same.

President Trump has slashed the refugee cap each year, from the 85,000 spots available in fiscal year 2016 (based on President Obama’s determination) when he took office to its current cap of 18,000. The president set that cap in September 2019 for the current fiscal year (2020).

The majority of these spots were assigned to three new priority categories. Those facing religious persecution received 5,000 spots. Iraqis who assisted in U.S. missions abroad got 4,000. And refugees from the Northern triangle countries of Guatemala, Honduras, and El Salvador got a total of 1,500 potential spots. The remaining 7,500 admissions are open to all other refugees.

In October 2019, Trump also issued an executive order requiring states and localities to consent before receiving any refugees. The order would give states the power to unilaterally reject all refugees, but it is currently blocked by litigation.

Even with the lowest refugee cap in history, the United States is failing to meet its targets.

Refugee Council USA has released a new quarterly report detailing refugee arrivals in the second quarter of fiscal year 2020, which includes January 1 through March 31. The report shows that the United States only admitted 3,349 in Quarter 1 and 4,163 in Quarter 2, instead of the target of 4,500 refugees per quarter.

The processing of priority Iraqi cases—intended for Iraqis who risked their lives and the lives of their families by assisting U.S. government operations in Iraq—has been especially neglected. Out of 4,000 spots allocated, only 86 Iraqi refugees have been resettled in the United States.

The Trump administration originally used the large number of asylum seekers arriving to the United States as a reason to decrease refugee resettlement. However, new policies have progressively blocked more non-citizens from entering the United States across the southern border, to the point that it is now almost impossible to seek asylum.

The 10,488 refugee spots still available for fiscal year 2020 (ending September 30, 2020) are unlikely to be used due to the COVID-19 pandemic. In March, the Trump administration suspended visa services at embassies and consulates worldwide and UNHCR announced the suspension of refugee resettlement.

Refugee resettlement is a crucial part of America’s long history of welcoming non-citizens seeking protection. Thousands of people are waiting to restart their lives in safety. It is essential that the United States increase refugee admissions to the maximum allowed under the current refugee cap.