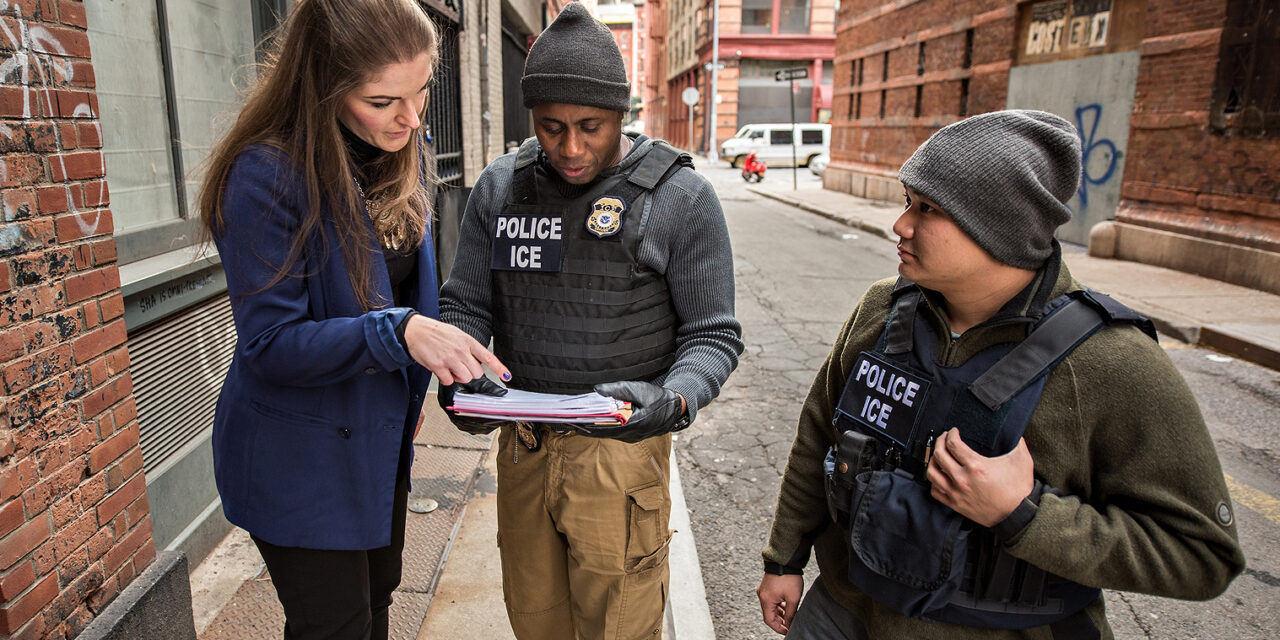 U.S. Immigration and Customs Enforcement (ICE) announced last week that it was launching a “Citizens Academy” in Chicago. The move justifiably generated everything from confusion to anger and fear from elected officials and community members. The program is already the subject of recently introduced bills to ban funding for it.

ICE describes the program as a six-day training that will launch on September 15. The program is targeted toward stakeholders, including religious leaders, community-based organizations, and local, state, and federal public officials. ICE’s Enforcement & Removal Operations (ERO) unit will run the program. The ERO office is tasked with arresting, detaining, and deporting people from the United States.

The agency claims “participants will hear directly from ERO officers and learn about ICE policies and procedures.” The program will also afford ICE “the opportunity to hear from participants, understand their perspectives and debunk myths.” But the invitation letter addresses another component of  the program:

Those who attend will have the opportunity to “participate in scenario-based training and exercises conducted in a safe and positive environment,” which will include “defensive tactics, firearms familiarization, and targeted arrests.”

The public has good cause to reject what ICE has pitched as an effort at transparency and engagement.

ICE has not provided local communities around the country with reason to trust any public outreach initiatives by the agency. This is particularly true for sanctuary jurisdictions such as Chicago, which has declared itself a “Welcoming City.”

Many communities have been subjected to stepped-up immigration enforcement during the Trump administration. They know firsthand that ICE can and will escalate its tactics to continue to arrest, detain and deport more and more people from the United States.

According to ICE, the program includes visiting a detention center and learning more about ICE’s health care system. Participants will also hear about ICE’s “role in ensuring dignity, respect and due process of an immigration case from start to finish.” Actions speak louder than words, however, and ICE’s past track record speaks for itself.

Advocates have long documented and sued over the abysmal medical care in ICE detention facilities, which has resulted in avoidable deaths.

ICE has a poor track record with ensuring “dignity, respect, and due process” too. In Chicago, where the program will be piloted, a lawsuit alleging that ICE violated the immigration statute and the Constitution has been allowed to proceed by a district court judge. The lawsuit alleges that ICE engaged in unlawful tactics during a week of enforcement operations in May 2018, which include racial profiling and forcing Latino residents to get fingerprinted.

ICE’s promise to provide “scenario-based training” with firearms deepens the concern. The description is disturbing in its military overtones. It mirrors ICE’s Office of Training and Tactical Programs (OTTP) Firearms and Tactics Division, where ICE officers are trained at the U.S. military base in Fort Benning, Georgia.

The description of the “Citizens Academy” training has rightly prompted the Chicago mayor as well as members of Congress to denounce any effort to train community members to target friends and neighbors for immigration enforcement or to otherwise encourage vigilantism.

It is difficult, if not impossible, to imagine a scenario in which the public and targeted communities can trust ICE’s motives. But ICE’s “Citizens Academy” is certainly not a welcome move.