The Lie About Kamala Harris and Birthright Citizenship 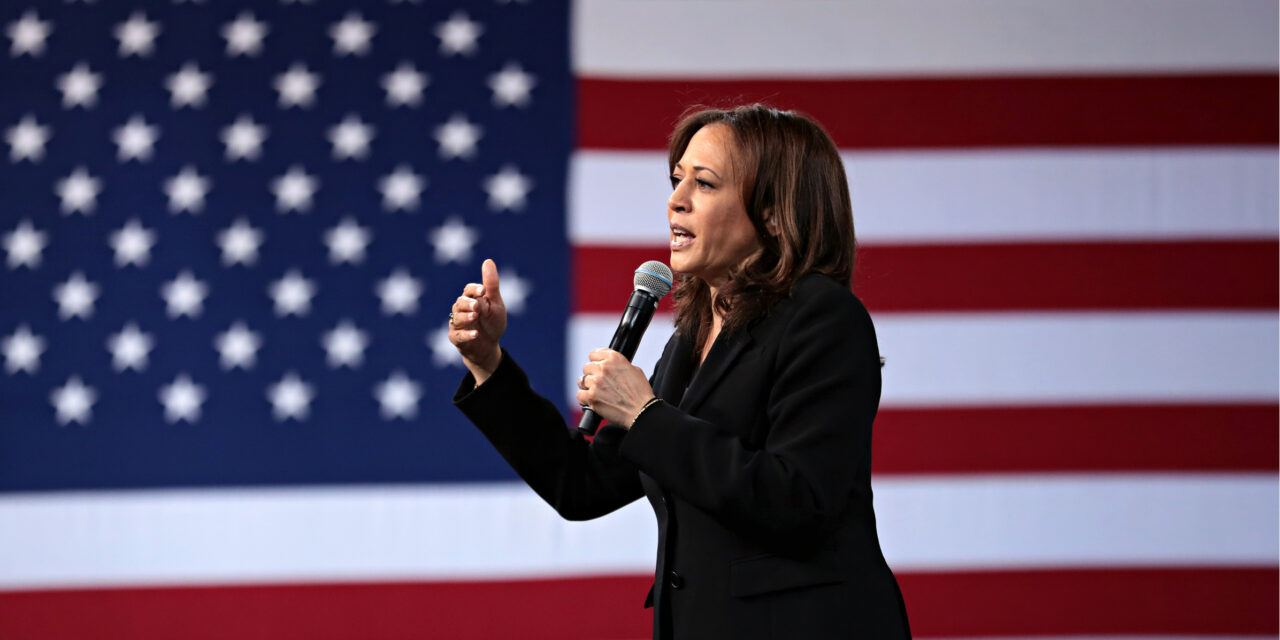 People born in the United States are American citizens, regardless of what President Trump claims. Birthright citizenship—enshrined by the Fourteenth Amendment in the U.S. Constitution—guarantees it.

Trump recently suggested to the contrary after a Newsweek column erroneously argued that vice presidential candidate Kamala Harris was not a “natural born citizen.” The assertion that Senator Harris is ineligible for the vice presidency based on her citizenship is an outright lie. This falsehood is steeped in a long, racist history of attempting to gatekeep who can and cannot be a U.S. citizen.

What Is Birthright Citizenship?

The Fourteenth Amendment was adopted into the Constitution in 1868 following the American Civil War. Its adoption gave “birthright citizenship” to people born or naturalized in the United States, including people who were formerly enslaved.

With limited exceptions, all people born within a U.S. territory automatically become an American citizen, regardless of the citizenship of their parents.

The racist argument about Harris’ eligibility tries to create a distinction between a “natural born citizen” and a person born in the United States to immigrant parents. At the time of her birth in Oakland, California, Harris’ parents were immigrants. But their immigration status does not matter—birthright citizenship guaranteed her U.S. citizenship no matter her parents’ immigration status.

Attempts to restrict citizenship for Americans with immigrant parents—based on race alone—go back centuries. There are unfortunately far too many examples to name.

Less than two decades after the adoption of the Fourteenth Amendment, government officials argued that U.S.-born children of Chinese immigrants could not be considered citizens by birth.

The Chinese Exclusion Act, signed into law in 1882, barred the entry of almost all immigration from China. It simultaneously banned Chinese immigrants already living in the United States from becoming naturalized citizens, supposedly also disqualifying their American children from citizenship. The government saw Chinese people as “dirty” and “unfit” to be U.S. citizens.

Until the Supreme Court rejected this argument in 1898, Chinese Americans were not considered U.S. citizens in the eyes of the government.

Trump rose to political prominence—and infamy—in 2011 after claiming that President Obama was born in Kenya and ineligible for the presidency. He was perhaps the loudest high-profile figure to tout the racist “birther” conspiracy theory at the time and continued to push “birtherism” well into 2015.

It’s easy to draw a comparison between his claims about Obama then and Harris now. But Trump hasn’t limited his clear disdain for birthright citizenship to these fringe theories.

The policy announcement followed remarks from Trump that birthright citizenship was a “magnet” for undocumented immigration.

Under this change, children born abroad to U.S.-citizen servicemembers would not receive automatic citizenship. The policy received bipartisan backlash and got overturned by passage of a law in March 2020.

The history of birthright citizenship shows that it can be weaponized to deny rights based on race and immigration status. The suggestion that Senator Harris cannot be vice president is a revival of this dangerous thinking. We cannot let this ideology take hold again in our country.