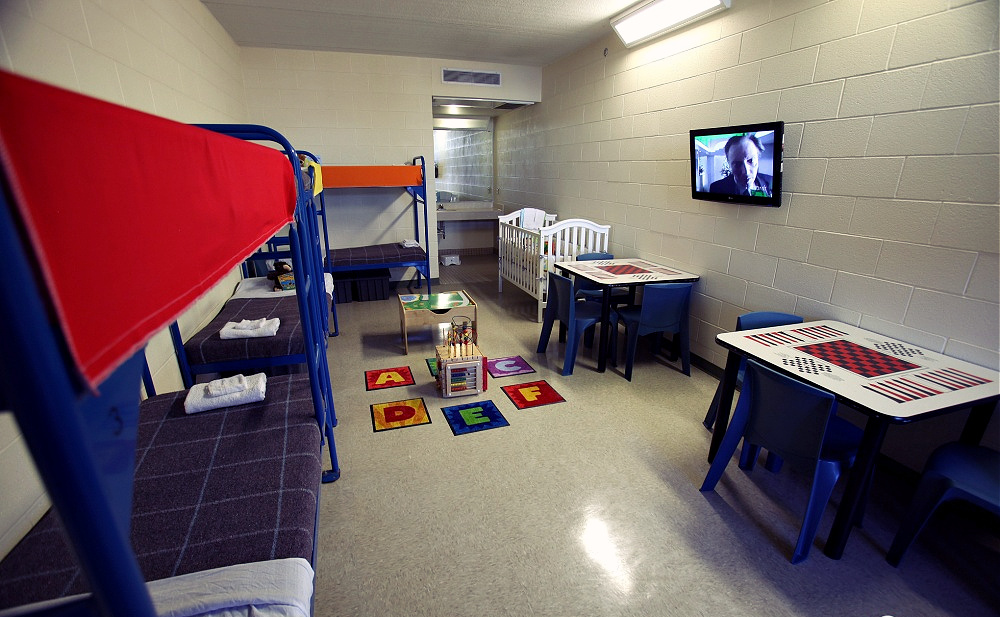 U.S. Immigration and Customs Enforcement (ICE) announced last week that it would make changes to two family detention centers in Texas that would result in families spending less time in detention. The agency states that the facilities will be turned into “reception centers,” where families receive COVID-19 tests, arrange travel to their destination, and are released within three days.

The plan would be a significant improvement compared to what tens of thousands of families have experienced. Even so, there are doubts as to whether the plan will work as described. There are also serious concerns with holding families for any amount of time.

Though “reception centers” sound more welcoming, these facilities are in fact detention centers.

ICE opened the South Texas Family Residential Center (“Dilley”) in Dilley, Texas, and the Karnes County Residential Center (“Karnes”) in Karnes City, Texas in 2014. The facilities were the Obama administration’s response to an increase in Central American families arriving at the U.S. southern border at that time.

Over six years later, both detention centers remain open. For-profit corporations run both facilities. ICE has made no announcement about its third family detention center, Berks County Residential Center. An attorney, however, confirmed that all families had been released as of February 26.

In recent years, most families detained in Dilley or Karnes have spent several weeks there, although some have been held for over a year. One of the main benefits of the new plan is that families would no longer have to go through their initial asylum screening interviews while detained. Advocates have long pointed out that these “credible fear” interviews for asylum lack due process, especially when they take place in detention centers.

However, the plan falls short of Biden’s campaign promise to end family detention completely. Advocates had hoped that the new administration would quickly close Dilley and Karnes. But Biden’s proposed immigration legislation and early executive actions have not addressed the issue. Biden did order the Department of Homeland Security to conduct a full review of its enforcement policies and recommend changes by April 30.

Under the new “reception center” plan, families still won’t be able to leave the facilities at will. Experts have stated that children should not be detained for any amount of time.

Detention centers can be traumatizing to adults and children, especially those who are already fleeing horrific experiences in their home countries. Seeing a parent powerless at the command of facility staff can be especially harmful. Children frequently stop eating, behaviorally regress, or become despondent.

ICE has also medically abused and neglected people in its custody. Many detained individuals need urgent medical care that is often denied or inadequate in detention. If ICE has failed to provide adequate medical care in the past, there is no reason to believe it will begin to do so now.

There are also concerns regarding the likelihood that families will be released within three days. For years, families have experienced unnecessary delays in ICE’s release procedures. ICE also has strict requirements about travel logistics, requiring families to follow very specific booking procedures before it will release them.  These complex and sometimes conflicting instructions, combined with families’ understandable fears of communicating with ICE, can lead to further delays.

Both facilities are in rural areas far from bus stations or airports, making travel arrangements that much harder. The logistics raise doubts that ICE will release families after three days.

If implemented correctly, ICE’s “reception centers” could be the beginning of a successful shift from a focus on detaining asylum seekers to a focus on receiving them with welcome and dignity. ICE should next transition this task to community-based organizations near the border, which are best suited for it, to create a truly welcoming reception process for people fleeing violence and persecution.

The federal government should provide grants to these organizations as it has done for the Legal Orientation Program. Temporary lodging and other services should be offered to those who need it but not required of anyone who is ready to travel to their destination. Asylum seekers can then pursue their immigration case in our communities, where studies show they appear for court at high rates.

ICE’s history of neglect and abuse will continue for as long as people are held in its custody, regardless of the language used to describe its facilities. The Biden administration should move quickly from their current plan of decreasing this harm to eliminating it completely.