For years, U.S. Immigration and Customs Enforcement (ICE) has taken a harsh, punitive approach that has ripped families and communities apart. The Trump administration’s approach was particularly cruel and xenophobic, resulting in the highest detention numbers the United States has ever seen.

On President Biden’s first day in office, he issued an executive order and accompanying Department of Homeland Security (DHS) memo. That memo put in place a 100-day review period, during which DHS will be reviewing and drafting new guidance on all aspects of immigration enforcement.

This week, DHS released new interim guidance for all ICE personnel until its review is complete. These new enforcement priorities—issued February 18—will be in effect until DHS Secretary Alejandro Mayorkas issues further guidance, expected in May.

What the February 18 ICE Guidance Covers

The guidance covers all ICE personnel and operations, including decisions about whether to:

The memo gives ICE staff guidelines about how to make such decisions by laying out three categories of enforcement priorities. Under this memo, ICE should be focusing its resources on people who fall into these three categories:

Notably, ICE officers must now seriously consider the important question of whether a noncitizen with a criminal conviction in their past is actually a current threat to public safety.

The memo gives officers clear instructions on what to consider: how recent and how serious was any criminal activity? Are there other important factors, such as the person’s personal and family circumstances, any health or medical issues, ties to the community, or evidence of rehabilitation?

Officers are instructed to pay “particular attention” to cases in which the immigrant is elderly or has a serious illness (mental or physical) or has a pending immigration case or appeal.

The memo lays out several accountability mechanisms for ICE in carrying out these new priorities.

In addition, the ICE director will receive a report that lays out all enforcement actions every week, as well as a justification for each one. These important mechanisms will help the Biden administration ensure that ICE is accountable and following the guidelines.

Important Next Steps for ICE and DHS

This memo represents a long-needed advance toward an immigration policy focused on protection and inclusion, but there are still important steps that the administration needs to take.

Key among those is addressing immigration detention. 14,000 people remain in immigration detention, even in the middle of a global pandemic. It is critical that DHS carefully review the files of the thousands of people in ICE detention—and approach all cases with a presumption that people should be released to the safety of their families and communities.

Further, DHS should move away from using detention at all in the immigration context, including by ending profit-driven detention contracts and investing in alternatives to detention programs.

The changes laid out in this memo could help the Biden administration begin the difficult task of holding ICE accountable while moving away from the unjust enforcement policies of previous administrations. 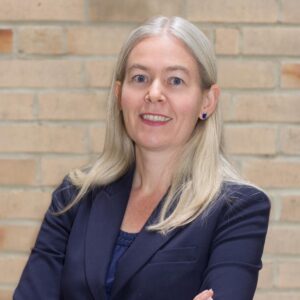 Jennie Guilfoyle is the Deputy Director of Programs for the Immigration Justice Campaign at the American Immigration Council. Before joining the Council, she spent four years as an Attorney Adviser at the State Department in the Bureau of Consular Affairs, working on issues ranging from citizenship to intercountry adoption. Prior to that, she worked for many years as a Senior Training Attorney at the Catholic Legal Immigration Network, designing and leading in-person and online trainings on a wide range of immigration law topics. She also worked at Church World Service, where she trained refugee resettlement programs on immigration law and program management. She began her legal career as an Equal Justice Works fellow at the New York Association for New Americans, where she represented asylum and VAWA applicants. She holds a J.D. from New York University School of Law, and a B.A. in English from Harvard College.