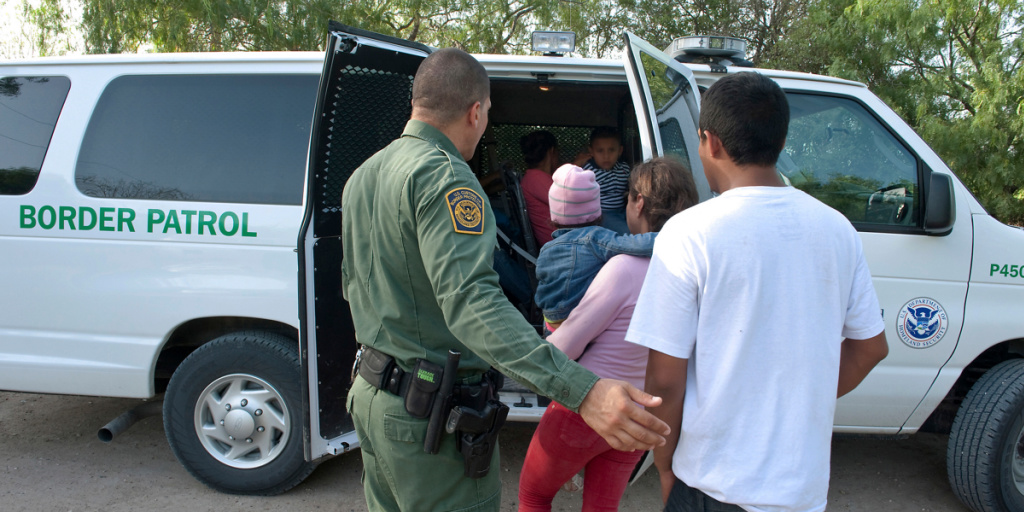 As the number of families coming to the border has increased from June to July, the Biden administration is beginning yet another crackdown.

Late on July 26, the Department of Homeland Security (DHS) announced that it would begin subjecting some families to “expedited removal.” This legal procedure allows individual immigration officials to issue deportation orders without the non-citizen ever going in front of a judge.

Since March 2020, people arriving at the border have generally been subject to a policy known as Title 42. Through this policy, individuals and families are expelled back to Mexico or their home countries without a formal deportation order. Only a small number of people who could not be expelled or released were put through the expedited removal process. Monday’s announcement marks the first time the government will use expedited removal on large numbers of people at the border since Title 42 went into place.

Although the DHS announcement contained little information, some details have emerged since Monday. Under the new plan, it appears that all families will be put through the initial stages of the expedited removal process. U.S. Customs and Border Protection (CBP) officers must ask each family whether they are afraid to return to their home country.

The new policy indicates that those families who tell CBP officials they are afraid to return home will be taken out of the expedited removal process. They will then get to pursue their protection claims before the immigration court outside of detention. This means that, unlike in previous years, the Biden administration will not send families who express a fear of return to detention centers for so-called “credible fear” interviews.

Families who do not—or are unable to—express a fear while in CBP custody, however, will have an order of expedited removal issued against them. They will then be rapidly deported through the Electronic Nationality Verification Program. This program allows CBP to deport people directly from the border without ever sending them to an immigration detention center first.

The Biden administration stressed that this system would permit people to apply for asylum. But decades of experience with expedited removal suggest that many asylum seekers will be deported in error.

A 2005 study of expedited removal by the U.S. Commission on International Religious Freedom (USCIRF) revealed that the system is prone to major flaws. 15% of all people who expressed a fear of returning to their home country were erroneously deported without receiving a chance to seek asylum because the CBP officer didn’t write down what the person said.

When USCIRF conducted a follow-up study on expedited removal in 2016, it found that significant problems continued to exist. In many cases CBP officers continued to falsely report that asylum seekers had claimed not to be fleeing persecution.

Those studies show the real dangers of the Biden administration’s plans to resume expedited removal for families. If an asylum-seeking family tells a CBP officer that they are fleeing persecution and the officer does not write that down, the family could be deported back to harm within hours.

As the USCIRF study shows, this is not an idle threat. On Wednesday, the union representing the Border Patrol in the Rio Grande Valley tweeted: “THE CRISIS ON THE BORDER IS REAL” and called for the Biden administration to “END CATCH & RELEASE, REINSTATE MPP, AND EXPAND TITLE 42!”

With expedited removal going back into place for families, the power of life and death for asylum seekers is now in the hands of the very same people calling for an increase in deportations.

Expedited removal does not provide sufficient protections for asylum seekers. Rogue agents and structural failures in the system have acted as a barrier between vulnerable people arriving at the border and the right to apply for asylum. Unfortunately, the Biden administration has not learned the lessons of history and has chosen once again to turn to deterrence as a means of managing the border.