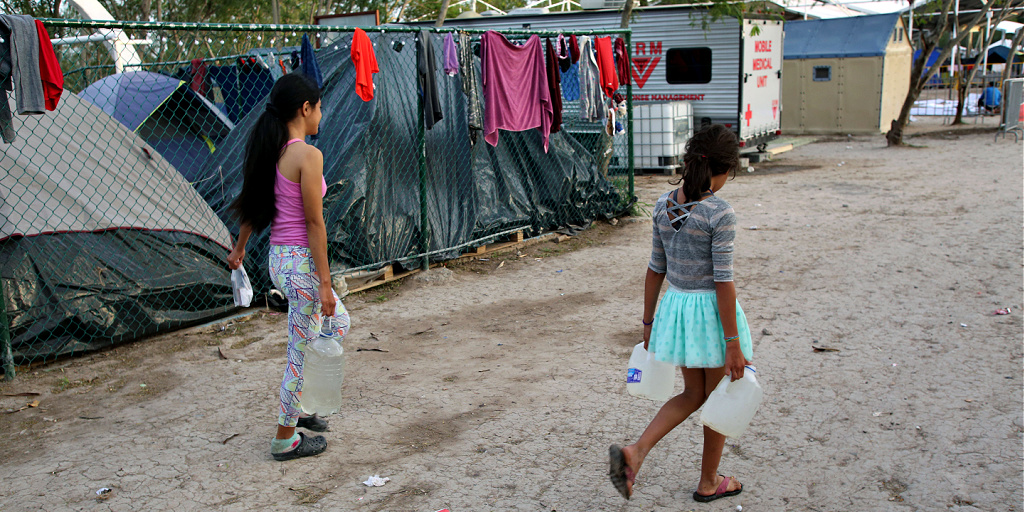 The Supreme Court refused to block an order to reinstate the Migrant Protection Protocols, also known as the “Remain in Mexico” policy. The decision comes after a Texas judge halted the government’s recission of the controversial and illegal program.

The Supreme Court’s ruling means that the government must make “best efforts” to reinstate the program immediately, while the appeals process continues.

MPP Was a Humanitarian Disaster

There is no denying the humanitarian impact of MPP.

One year after the Trump administration instituted MPP, nearly 60,000 people had been returned to Mexico. In Mexico, they faced homelessness or housing insecurity, and in some cases lack of access to running water or electricity.

Those fleeing for their lives are unable to “go home,” and must stay where the U.S. government sends them to wait for their next U.S. immigration court hearing. The border regions of Mexico are so dangerous that the U.S. State Department has designated most of them as “Do Not Travel” or “Reconsider Travel” because of crime and kidnapping.

As described in an amicus brief filed by the American Immigration Council, seven other immigrant and human rights organizations, and former Immigration Judges against the reinstatement of MPP:

“There are at least 1,544 public reports of murder, rape, kidnapping, and other violent attacks against asylum seekers and migrants returned to Mexico under MPP… Médecins Sans Frontières reported that 75% of its patients returned to the border city of Nuevo Laredo under MPP in October 2019 alone were kidnapped.”

The amicus brief also highlights that “asylum seekers were routinely assaulted and kidnapped near the ports of entry while traveling to or from their MPP hearings,” demonstrating that the MPP program itself fosters the crime and violence that is occurring.

The situation of those placed into MPP became even more dire with the spread of the COVID-19 pandemic. Instead of waiting for a scheduled hearing, suddenly these individuals had to wait indefinitely as the U.S. government postponed MPP hearings in response to the pandemic. The reinstatement of MPP will result in more and more people placed into the program without any guarantee their immigration proceedings will go forward.

What Are the Options for the Biden Administration?

There are two paths to a solution to this immediate crisis.

First, the government is continuing to appeal this decision—the Supreme Court’s decision is not the end of the road. The government should aggressively pursue appeal.

Second, the administration can terminate the program again by issuing a new termination memo, addressing the deficiencies highlighted by the court.

MPP was a stain on the history books and should remain one. The government should take all means necessary to aggressively end this program once and for all.