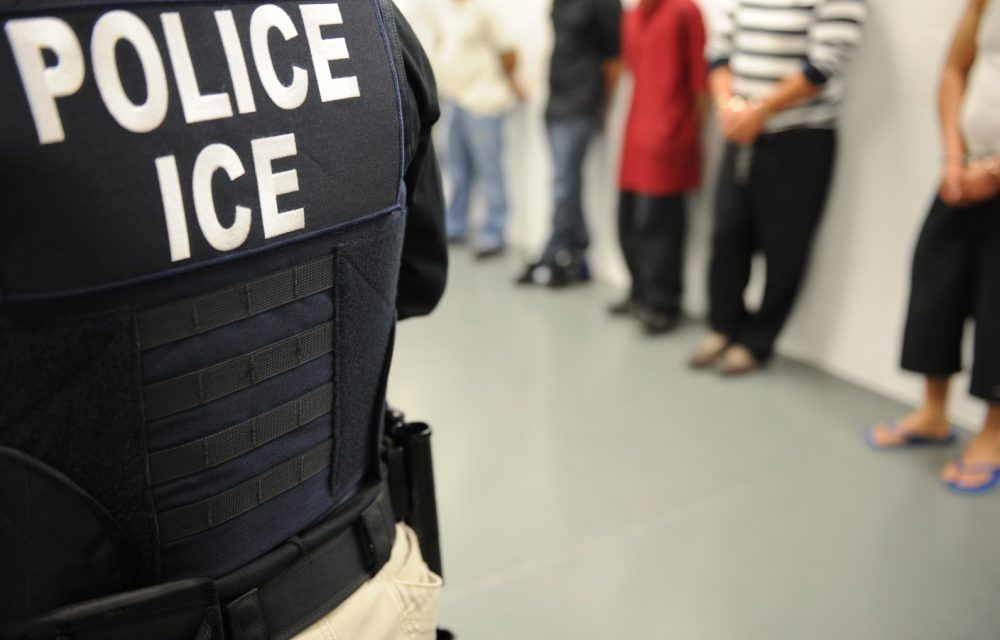 Department of Homeland Security (DHS) Secretary Alejandro Mayorkas issued a memorandum that orders the agency to halt all mass worksite raids. The memorandum also orders the agency to shift its focus to employers that break the law—rather than the undocumented employees themselves who are often the victims of labor exploitation.

Under prior administrations, ICE carried out multiple mass worksite raids, sowing fear and distrust in immigrant communities across the U.S. In 2008, ICE carried out what was then the largest immigration raid in history and arrested nearly 400 people in a single operation, which shattered families across the small town of Postville, Iowa.

Under Trump, the pace of raids increased. In 2018, ICE agents rounded up over 100 workers at a meatpacking plant in Tennessee. The raid led to a lawsuit claiming that ICE had targeted only Latino workers and let all others go home. In 2019, over 600 workers at food processing plants in Mississippi were rounded up and arrested by ICE. Their   U.S. citizen children were then stuck at school with no parents to pick them up. One father deported in that raid was the victim of a brutal massacre by Mexican police in January 2021 on his way back to rejoin his family.

Following both of those raids, the employers largely received slaps on the wrist for hiring undocumented immigrants in violation of the law. The only person to serve prison time after the 2008 Postville raid was even pardoned by President Trump in 2017. Meanwhile, many of the employees were ripped from their families and deported. And following raids like this, many employers just hire more undocumented immigrants and then use the threat of future raids to prevent them from speaking out about abuses.

Secretary Mayorkas’ memo recognized this disparity, noting that “highly visible operations” such as mass raids had the effect of “chilling, and even serving as a tool of retaliation for worker cooperation in workplace standards investigations.”

His memo also called on ICE to immediately prioritize requests for prosecutorial discretion from the Department of Labor when that agency works with undocumented immigrants to investigation workplace exploitation.

These changes are necessary and overdue. In the past, ICE has refused to support the Department of Labor and deported witnesses during investigations. Under President Trump, ICE deported a key witness to the Hard Rock Hotel construction site collapse in New Orleans—which killed three people and injured 30—despite the fact that he was actively working with the Department of Labor to investigate the deadly accident. Mayorkas’ memo could prevent anything like that from happening again.

The memorandum also calls on ICE to develop new policies that will work in tandem with the Department of Labor to focus on employers that hire and exploit undocumented immigrants, rather than the immigrants themselves. The goal, according to the memorandum, is “delivering more severe consequences to exploitative employers and their agents.” It also hopes to increase “the willingness of workers to report violations of law by exploitative employers.”

To carry out that goal, Mayorkas called on ICE to develop specific policies that will permit “victims of, and witnesses to, labor trafficking and exploitation” to remain in the United States during investigations without fear of deportation. Individuals will potentially get to stay afterward if the government substantiates their complaints. ICE will have 60 days to draft these new policies.

This memo is an important first step toward lifting the threat of deportation for exploited workers. For too long, bad actors have dangled the threat of deportation over workers to get away with violating labor laws. And while the memo won’t remove those threats, it will help ensure that ICE no longer plays along. These critical changes could make worksites across the country safer for all workers.