Research has long shown that access to a lawyer is one of the most important factors that determines whether an immigrant in removal proceedings will be able to remain in the United States. A new policy from the Biden administration is aimed to increase access to counsel by making it easier for pro bono lawyers to take cases in immigration court.

Pro bono representation is good for immigrants and immigration courts alike, the Department of Justice (DOJ) recognizes in a newly issued memo. While calling the work of pro bono attorneys, legal service providers, and law school clinics “an invaluable public service,” DOJ urges immigration judges and court staff to accommodate and facilitate pro bono representation as much as possible.

The memo provides a list of ways for immigration courts to help make pro bono representation easier, including:

Critically, the memo also instructs immigration judges to encourage discussions between pro bono representatives and Department of Homeland Security (DHS) attorneys who represent the U.S. government and can argue for an individual’s deportation.

Conversations between an immigrant’s attorney and DHS’s attorney that occur prior to court hearings can help narrow the issues in dispute early in the process. But many immigration representatives have found it challenging to connect with DHS attorneys for substantive pre-hearing conversation. As a result, attorney time and resources may be wasted as representatives are left guessing what issues DHS will raise in court. If DHS follows the memo’s suggestions, this could be an important change for pro bono representation and should be adopted more broadly.

The memo is good news for immigrants whose cases are pending in areas with pro bono services. But it does not address locations where local services are incredibly limited or non-existent, such as the courts that hear cases from immigrants held in remote detention centers. In these locations, immigration courts will not have local service providers to regularly meet with to discuss pro bono representation.

Until the U.S. government stops detaining immigrants in remotely located facilities far away from legal service providers, due process concerns will persist in these cases. Immigrants will have little chance of obtaining representation, pro bono or otherwise. DOJ should likewise focus on expanding access to counsel across the board. 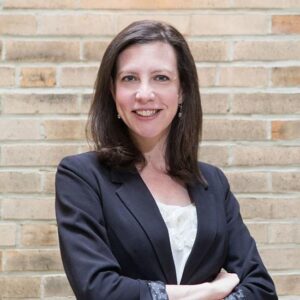