The Immigration Policy Successes and Failures of the Biden Administration 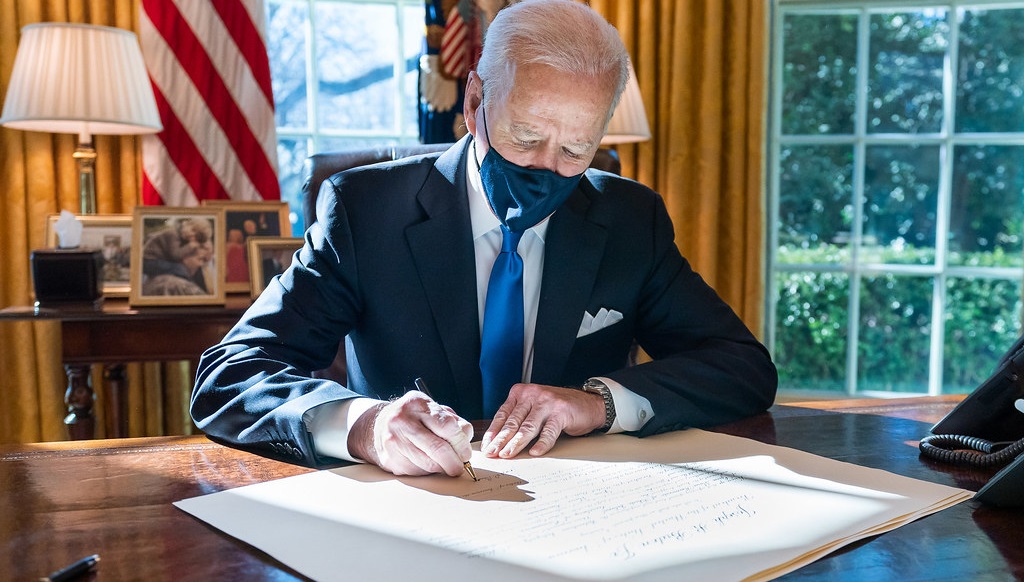 The Biden administration has—in its first year—rolled back many of the worst discriminatory policies implemented by the Trump administration that targeted non-U.S. citizens. But much work remains to be done.

The U.S. immigration system and the refugee program are still plagued by dysfunction and in dire need of substantive reform. And COVID-19 continues to be used as an excuse to summarily expel asylum seekers who arrive at our southern border. The Biden administration must redouble its efforts in the coming year to ensure that the federal government treats immigrants and refugees fairly and with compassion.

Reversal of (Many) Discriminatory Visa Policies

Under the Biden administration, non-citizens seeking to obtain or maintain immigration status in the United States are now subject to far less blatant discrimination than they were during the Trump years. So far, President Biden has:

However, Biden took a step in the opposite direction on November 26 when, in response to the emergence of the Omicron variant of COVID-19, he banned the entry into the United States of any non-U.S. citizens who were present in certain southern African countries during the previous 14 days.

The World Health Organization has said the ban is not necessary, and the Omicron variant is already spreading widely inside the United States.

Backlogs and Delays in Consular Processing

The Biden administration has done little to improve the processing of visa applications at U.S. embassies and consulates abroad. As of October 14, 60% of consulates and embassies were still fully or partially closed for “anything other than emergency nonimmigrant visa appointments” in response to the COVID-19 pandemic. Many visa applicants are still being forced to wait far longer for a visa than ever before.

The State Department reported that, as of October 31, there were 490,089 applicants for immigrant visas whose cases were “documentarily complete.” However, only 28,964 of these had been scheduled for interviews at a consulate or embassy in November, leaving 461,125 who were still waiting for an interview to even be scheduled.

In a welcome development, the State Department’s Bureau of Consular Affairs announced on November 19 that it would “focus on reducing wait times” for services at U.S. embassies and consulates.

Backlogs and Delays in the Processing of Immigration Benefit Applications

The Biden administration has lifted many of the “invisible wall” policies put in place by the Trump administration, such as the “no blank spaces” policy and a 2018 policy targeting applicants for humanitarian benefits.

Processing delays have an enormous effect on immigrants, especially those applying for or renewing a work permit. Many people have lost their jobs or are at risk of losing their job, sparking lawsuits against the agency over the delays.

The administration’s “discretionary funding” request to Congress for FY 2022 has asked that $345 million be allocated to USCIS to reduce the backlog of applications for naturalization and asylum.

Slow Rebuilding of the Refugee Program

On May 3, after months of delays, Biden finally raised the FY 2021 refugee admissions cap to 62,500 (after initially choosing to maintain the historic low of 15,000 set by the Trump administration). However, the Biden administration only succeeded in admitting 11,411 refugees by the end of the fiscal year—the lowest number in history.

On October 8, Biden raised the FY 2022 refugee admissions cap to 125,000. The administration is again unlikely to meet this goal because resettlement of new refugees was suspended in November to prioritize the processing of Afghan evacuees.

Expulsion of Asylum Seekers at the Southern Border

The Biden administration has continued the Trump administration policy of using COVID-19 as a pretext to expel asylum seekers who arrive at our southern border back into Mexico. Public health experts tend to agree that such expulsions are unnecessary.

Most of these expulsions are being carried out under a provision of U.S. health law known as “Title 42,” which allows the director of the Centers for Disease Control and Prevention (CDC) to “prohibit…the introduction” into the United States of individuals who might spread a communicable disease.

In addition, on December 2 the Biden administration announced that it would reinstate Trump’s “Migrant Protection Protocols” (MPP), also known as the “Remain in Mexico” program. Under MPP, migrants who arrive at the southern border are forcibly sent back to Mexico and told to return to the border multiple times for hearings in U.S. immigration court to seek asylum.

The Biden administration had halted MPP in January, but in August a Texas court ordered that it be reinstated. MPP was initially applied only to people from Spanish-speaking countries and Brazil, but Biden has expanded it to encompass people from any country in the Western Hemisphere.

Under the “new” MPP, U.S. Customs and Border Protection (CBP) officers at least will ask migrants if they fear persecution in Mexico, which was forbidden under Trump.

Biden has sent a comprehensive immigration reform bill to Congress called the “U.S. Citizenship Act.” This bill would, among other provisions, create a pathway to legal status for undocumented immigrants, clear visa backlogs, recapture unused visas, and reduce the long wait times for visas. The bill was introduced in the House of Representatives on February 18 as H.R. 1177 and currently has 150 cosponsors, but has not yet been put to a vote.

Challenges for the Future

Moving forward, the Biden administration must do much more to restore the integrity and improve the efficiency of the U.S. immigration system. To do so, the administration should focus on vastly improving the processing capacity of USCIS and U.S. embassies and consulates abroad, rebuilding the refugee program, and reversing course on the unnecessarily harsh treatment of asylum seekers at the southern border.