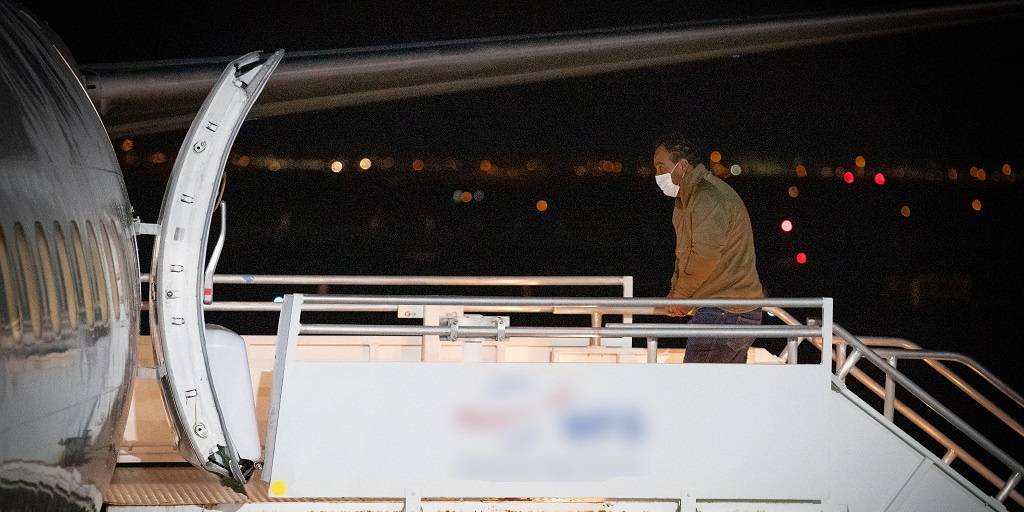 The Republican governors of Texas, Arizona, and now Florida are playing a cynical political game with the lives of migrants—including many asylum seekers fleeing persecution. Officials in these states are using taxpayer money to ship thousands of migrants to other, Democratic-leaning states and dumping them there.

In recent weeks, these actions have escalated, with allegations of deception and fraud surrounding Florida’s first migrant transport. These actions constitute a serious violation of human rights that must end.

On September 14, Florida Gov. Ron DeSantis sent two chartered airplanes carrying approximately 50 migrants to Martha’s Vineyard in Massachusetts. Most of the migrants were asylum seekers from Venezuela who had entered the United States by way of Texas. A mysterious woman who called herself “Perla” convinced each person to get onto the flight with false claims of housing and jobs. They arrived at Martha’s Vineyard only to discover that they had been duped.

The very next day, Texas Gov. Greg Abbott sent two chartered buses with roughly 100 migrants onboard to Washington, DC. Many of those migrants were also asylum seekers from Venezuela. Unlike previous busses, which had dropped people off in front of Union Station where volunteers are assembled to offer assistance, the migrants were sent to Vice President Kamala Harris’ residence to “punish” her for having the audacity to say she thought the border was “secure.”

These incidents are just the most recent examples of a tactic being utilized by Republican governors to stoke anti-immigrant sentiment, foster the perception of chaos at the southern border, and put pressure on the Biden administration. The idea is to transport recently arrived migrants in Republican-led states to Democratic-led states, hoping they are not well equipped to respond to a sudden influx of newcomers.

This is little more than a partisan publicity stunt, which is why the migrants are being asked to sign non-disclosure agreements and the states to which the migrants are sent receive no advance notice.

Using human beings as pawns in this kind of political ploy is unethical under any circumstance. But it is especially egregious that asylum seekers fleeing persecution in their home countries are being treated so poorly. Under U.S. law, asylum seekers have the right to request protection; they are not “undocumented immigrants.” Ironically, many of the asylum seekers being sent to other states by Governors DeSantis, Abbott, and Ducey are trying to escape authoritarian regimes in Venezuela, Nicaragua, and Cuba that the governors oppose.

Moving migrants around the country for political purposes is also a needless waste of state government resources. In Texas, for instance, the state has spent more than $12 million paying a charter service to bus migrants to Washington, DC and New York. That amounts to roughly $1,400 per migrant.

In Texas, a county sheriff has opened a criminal investigation into the state-chartered flights that took migrants from San Antonio to Florida and then on to Martha’s Vineyard. The first step in the investigation is to determine what laws may have been broken by the false promises which state officials made to the migrants.

In Massachusetts, several of the asylum seekers from Venezuela sent to Martha’s Vineyard have filed a lawsuit was against Gov. DeSantis. The suit alleges that individuals working at the direction of the governor’s office committed fraud, falsely imprisoned the migrants, deprived them of their constitutional protection against unreasonable seizures, and violated their right to due process. They are asking a court to stop DeSantis from duping other migrants into similar flights.

It remains to be seen if courts will decide that the governors of Texas, Arizona, and Florida broke the law by expelling asylum seekers and other migrants to other states. But it is already quite clear that the actions of Governors DeSantis, Abbott, and Ducey are cruel and inhumane.

There is no doubt that receiving communities need more support from the federal government. But communities along the border have been welcoming migrants for generations. To address the very real challenges involved, communities should be working together in a spirit of cooperation, not sabotage.