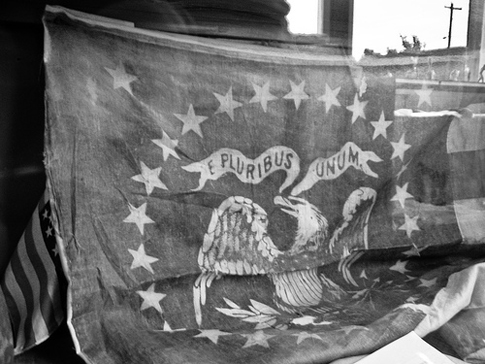 As expected, the Republican platform contains lots of tough immigration-enforcement language as well as an outright rejection of “amnesty.” Yet one of the more paradoxical sections is on immigrant integration and the English language. According to the platform:

One sign of our unity is our English language. For newcomers, it has always been the fastest route to prosperity in America. English empowers. We support English as the official language in our nation, while welcoming the ethnic diversity in the United States and the territories, including language. Immigrants should be encouraged to learn English. English is the accepted language of business, commerce, and legal proceedings, and it is essential as a unifying cultural force. It is also important, as part of cultural integration, that our schools provide better education in U.S. history and civics for all children, thereby fostering a commitment to our national motto, E Pluribus Unum.

Maybe immigrants should be encouraged to learn Latin so they can keep up with all of our American ideals.Did the Republican drafters really fail to catch the irony there?

Ninety-nine percent of the GOP’s paragraph is indisputable. English is an empowering, unifying force. But making English the official language of the U.S. is not going to force anyone to learn English any faster. By including this point in their platform, the GOP stokes Americans’ misguided suspicions that immigrants don’t want to learn English. Shame on the GOP for playing into fears and stereotypes.

The fear that immigrants are failing to integrate and do not want to learn English is greatly exaggerated to begin with. Just like the waves of immigrants before them, today’s immigrants are learning English. They know better than anyone that English is the key to integration and prosperity. The U.S. Census Bureau found that 92% of all people in the United States spoke English “very well” in 2006. In immigrant communities, mastery of English increases dramatically from generation to generation. According to recent surveys by the Pew Hispanic Center, only 23% of adult Latino immigrants report that they speak English “very well,” but this figure rises to 88% among their adult children. Among Latino adults who are third generation or higher, 94% speak English very well.

Immigrants don’t need mandates or encouragement, they need teachers. In some cities the demand for English classes far outweighs the supply, and long waiting lists are the proof that immigrants want to learn English. We can’t expect immigrants to learn English if we fail to teach it to them, but some want to further limit English as a Second Language opportunities. For example, an Oregon ballot initiative would limit ESL to two years. Politicians can’t have it both ways. Perhaps both parties could be better served by making a commitment to providing the resources necessary so that all immigrants who want to learn English can get into a class.