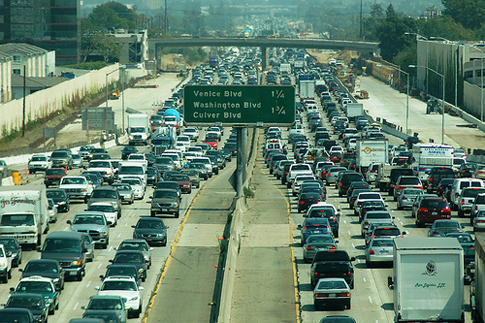 In a September 2 Washington Post op-ed, “How Many Americans?,” Steven Camarota of the Center for Immigration Studies presents a nightmare scenario in which immigrant-fueled population growth in the U.S. degrades the environment and strains infrastructure and the economy over the next half century. The arguments upon which Camarota builds his case are commonplace among immigration restrictionists, but they rely upon flawed logic and a highly selective reading of available evidence that does not withstand close scrutiny.

At first glance, the restrictionist argument is attractive in its simplicity: stringent immigration controls, less immigration, fewer people, more resources, a better environment. However, as with so many simple arguments about complex topics, it misses the point. Over-population is not the primary cause of U.S. environmental woes.

In fact, levels of environmental destruction and resource consumption are not directly correlated with population, even in countries with similar standards of living. Rather, they are conditioned by a wide range of factors, such as the degree to which a society depends upon polluting and non-renewable fossil fuels; utilizes pollution-reduction technologies; develops systems of mass transit to minimize individual automobile use; uses plastics and other non-biodegradable materials in manufacturing and packaging consumer goods; recycles potentially recyclable materials; and controls agricultural run-off into waterways. Put differently, a few people can pollute a lot, or a lot of people can pollute a little, depending on the systems of production and consumption within a society.

For instance, according to the World Resources Institute, in 2000 the U.S. was home to 30.9% fewer people than the nations of the EU-15, which have standards of living comparable to that of the U.S., yet consumed 50.5% more energy and produced 70.6% more “green house gases,” such as carbon dioxide. Even though the U.S. contained only 4.6% of the world’s population, it accounted for 21.1% of global energy consumption and generated 19.2% of all green house gases.

Camarota also argues that immigration will not help compensate for the “aging” of the U.S. population as fertility rates fall. In making this case, however, he dramatically understates the seriousness of the “aging” crisis—how this crisis will affect the U.S. labor force and the U.S. economy—and how important immigration will be in offsetting its impact. According to a January 2008 report by demographer Dowell Myers of the University of Southern California, the aging of the Baby Boom generation will create a rapidly growing demand for younger, immigrant workers, taxpayers, and homebuyers:

“The ratio of seniors (age 65 and older) to working-age adults (25 to 64) will soar by 67% between 2010 and 2030. The rapid rise in the senior ratio will precipitate not only fiscal crises in the Social Security and Medicare systems, but workforce losses due to mass retirements that will drive labor-force growth perilously low. Immigrants and their children will help to fill these jobs and support the rising number of seniors economically. At the same time, immigrant homebuyers are also crucial in buying homes from the increasing number of older Americans. Immigrants will clearly be important in leading us out of the current housing downturn.”

In addition, Camarota claims that the economic benefits from immigration are negligible, accrue mostly to immigrants themselves, and are completely offset by the cost of the public services they use. However, these conclusions are not even supported by the 1997 National Research Council study which Camarota himself paradoxically cites. According to that study, “the average immigrant pays nearly $1,800 more in taxes than he or she costs in benefits,” while the net tax contribution of an immigrant and his or her descendants is $80,000.

In spite of Camarota’s claims to the contrary, stringent immigration controls won’t save the U.S. environment because over-population is not the primary cause of environmental degradation. Nor will arbitrary legal limits on immigration lessen the dependence of the U.S. economy, and the aging native-born population, on immigrant workers, taxpayers, consumers, and entrepreneurs. Effective immigration reform will not be achieved by blaming immigrants for pollution, or by denying the extent to which the U.S. economy has long relied on their contributions.