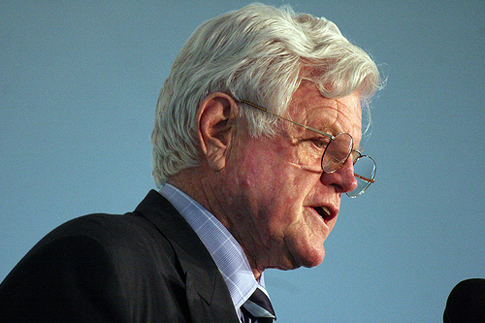 Last week, Senators Menendez (D-NJ) and Kennedy (D-MA) introduced a bill that promises to reintroduce the rule of law and the basic principles of fairness and humanity to the enforcement of our country’s immigration laws. The Protect Citizens and Residents from Unlawful Raids and Detention Act (S.3594) seeks to establish minimum standards of treatment for U.S. citizens, lawful permanent residents and immigrants who are impacted by immigration enforcement operations.

In recent months, Immigration and Customs Enforcement (ICE) has dramatically stepped up interior enforcement efforts and it’s no secret that hundreds of ICE detainees have been grossly denied not only due process protections, but also the fair treatment that every person, regardless of their immigration status, deserves. This failure to abide by the rule of law has resulted in utter chaos: U.S. citizens and lawful residents have been mistakenly detained; workers have been retaliated against for exercising their rights to organize in the workplace; and DHS officials have raided private homes without a warrant.

The bill aims to:

Immigration raids, detentions, and mass deportations have had the devastating effect of terrorizing workers and wreaking havoc on families and entire communities with no real payoff. We can’t expect to deport our way out of our immigration problem and we can’t expect to improve wages and working conditions by simply removing a class of exploited workers. What we need is fair and practical comprehensive immigration reform that restores the rule of law through realistic regulation.

Yet in the meantime, we can’t lose sight of who we are and what America stands for. As a country, we have always valued the need for fairness, due process, and the ability and freedom to have a voice in our judicial system. However, when it comes to immigration, our nation’s noble legacy has been bluntly disregarded by federal officials. It’s encouraging that members in Congress are prepared to challenge the current administration and reaffirm our uncompromising commitment to these principles.