Restrictionists Use Immigrants as Scapegoat for Economic Crisis 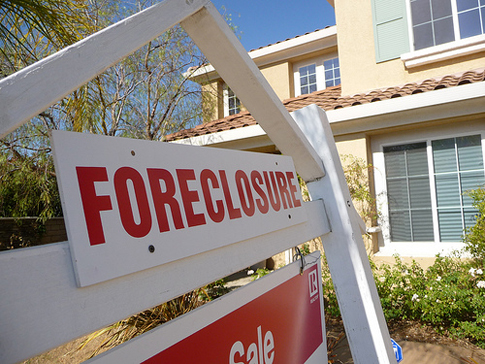 As the U.S. rumbles through a recession, some restrictionists are exploiting the current economic crisis to mislead Americans into thinking that immigrants — not the utter lack of financial market government oversight or the irresponsible behavior of brokerage firms — are to blame for the current state of our economy.

The Center for American Progress recently published a report highlighting comments made by ultra-Conservative journalist Michele Malkin claiming that “The Mother of All Bailouts has many fathers…But there’s one giant paternal elephant in the room that has slipped notice: how illegal immigration, crime-enabling banks, and open-borders Bush policies fueled the mortgage crisis.”

Yet Malkin’s arguemnent is based on a loose and virtually non-existent connection. First she makes the claim that half of all mortgage loans to Latinos are subprime loans and then proceeds to draw her conclusion by tying in an unrelated and incorrect statistic that 25% of subprime loans are in default (the figure is actually about 19%).

Not only is Malkin assuming that Hispanics holding subprime loan mortgages are all undocumented workers, she’s also disregarding the studies showing that roughly 56% of subprime loans are held by non-Hispanic whites and 39% are held by affluent borrowers with an annual income at least 120% of their given area’s median income.

Unfortunately, Malkin’s claims are part of a broader trend involving right-wing media, think tanks, and anti-immigrant organizations that are trying to use immigrants as scapegoats for everything from the mortgage crisis to global warming. Exploiting the financial fears and concerns of Americans to promote an anti-immigrant agenda is not only downright deceptive, it distracts from the real causes of the economic crisis we have at hand.