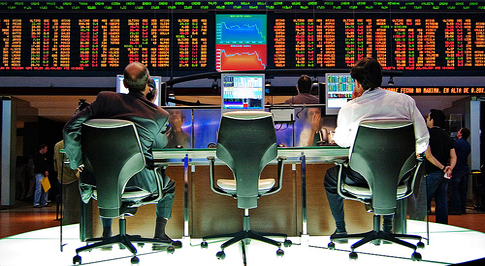 Several reports including the Pew Hispanic Research Center’s new study have come out over the past few months showing that the undocumented population is shrinking. However, while some restrictionists continue to hold on to the notion that the decrease in immigration is primarily due to remarkably harsh stepped-up enforcement measures, Jeffrey Passel of Pew told the New York Times that “the trend was the result of a combination of factors, led primarily by a weakening economy and rising rates of unemployment in the construction and service industries, which rely heavily on immigrant labor.”

“The drop reflects the weakness of the economy, particularly the sectors that employ undocumented workers like construction,” said Harley Shaiken, a professor at UC Berkeley specializing in labor issues. Shaiken also said that there are a number of powerful forces reducing the numbers of undocumented immigrants. “People are less likely to risk everything to get here if they can’t get a job.”

“They don’t migrate if they are not assured a job when they get to the United States,” said Wayne Cornelius, Director of the Center for Comparative Immigration Studies at the University of California at San Diego. “For unattached males with no economic base in the U.S. and no prospects for stable employment, it may make sense to go home and try their luck again when the U.S. economy improves,” he added.

USA Today reported: “William Frey, a demographer at the Brookings Institution, a centrist think tank in Washington, warns against giving too much credit to enforcement. He believes fewer illegal immigrants are coming because jobs are disappearing in fields such as construction.”

A second study put out by Pew showing that the immigrants that are already here are having a harder time making a living evidences the current economic disincentives contributing to Pew’s estimated decline in undocumented immigration. Pew has also reported a decrease in remittances sent from U.S. immigrants to Latin America which the Bank of Mexico predicts will likely continue in the coming months because of the “difficult problems the U.S. economy faces.” It’s no wonder that immigration is slowing down when Pew is also reporting that 63% of foreign-born Latinos say the situation of Latinos in the U.S. has gotten worse over the past year.

According to Immigration Chronicles, Census Bureau numbers include BOTH legal and illegal immigrants. The Census Bureau doesn’t even ask the legal status of residents it surveys. Therefore, it’s impossible to pin decreasing numbers on the effect of enforcement measures which would only deter the immigrants entering the U.S. without documents.

All of these factors point to one clear conclusion: undocumented immigrants choose where to live and work based on the fluctuating economics of survival, not on the ineffective politics of immigration enforcement.