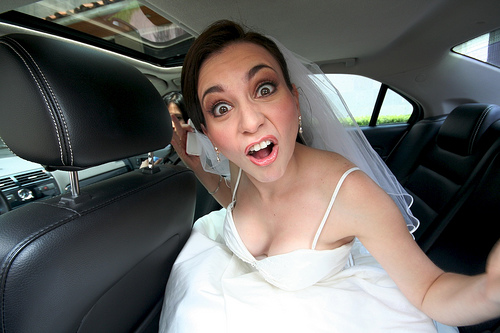 In a report released on December 2, the Center for Immigration Studies (CIS) takes aim at what it views as an under-appreciated threat to U.S. national security and the integrity of the U.S. immigration system: the alleged ease with which foreigners married to U.S. citizens can become Lawful Permanent Residents (LPRs) and receive “green cards.”  CIS scrapes the bottom of the intellectual barrel in terms of relying upon anecdote rather than evidence to derisively claim that “if small-time con artists and Third-World gold-diggers can obtain green cards with so little resistance, then surely terrorists can (and have done) the same.” Even the title of the report, “Hello, I Love You, Won’t You Tell Me Your Name,” suggests that it is intended more as mockery rather than a substantive analysis of immigration policy.

Any evidence of marriage fraud should be quickly addressed. However, the CIS report itself acknowledges that “there is no way of knowing” just how prevalent the problem actually is, and that most marriages “between Americans and foreign nationals are legitimate.”  Nevertheless, CIS somehow knows, though can not prove, that fraudulent marriage petitions are “prevalent among international terrorists, including members of Al-Qaeda,” and that “a substantial number” of undocumented immigrants ordered to leave the United States evade deportation through sham marriages.  The report correctly notes that marriage fraud is a tactic sometimes used by human traffickers to bring foreign women into the United States, where they are subject to sexual exploitation.  But, remarkably, none of the policy recommendations outlined in the report deal with human trafficking.  Likewise, the report argues-with good reason-that the presence of fraudulent marriage petitions in the immigration bureaucracy can add to the wait times experienced by legitimate petitioners; yet no backlog-reduction measures are proposed.

If CIS is sincere in claiming they want to “implement any kind of meaningful immigration reform in the United States,” as the report states, then perhaps the focus should be on the systemic flaws in the U.S. immigration system for which there is hard data that can serve as the basis for rational policies.  For instance, in terms of family-based immigration (of which marriage-based petitions are simply one component), processing delays and application backlogs are enormous, well documented, and deserving of policy proposals far more comprehensive than the efforts proposed by CIS to reduce the unknown incidence of marriage fraud.