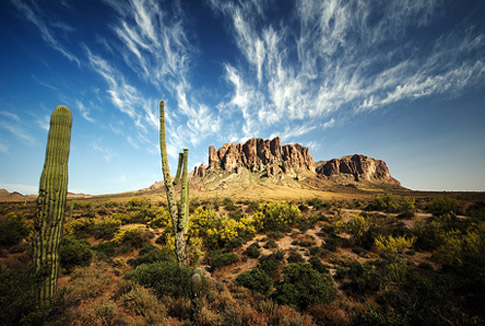 Janet Napolitano of Arizona, Obama’s pick for head of the Department of Homeland Security (DHS) is a border governor who’s been in the eye of the immigration storm.  Time and time again, she’s proved that she understands that it is in our nation’s interest to not only secure our borders, but also to provide for a realistic and practical immigration system that is in tune with our country’s economic needs.

Yet what does the Napolitano pick mean for Arizona? –“Lucky country.  Poor Arizona,” says a New York Times editorial.
Napolitano has been a calm “voice of reason” in a state that’s launched an aggressive crackdown on undocumented immigration that’s terrorized entire communities and created budget deficits in some of the hardest-hit counties. Napolitano has fought hard against the bankrupt policies of Maricopa County Sheriff, Joe Arpaio, who is waging what some call an “anti-immigrant witch hunt” in his community.  Back in May, Napolitano took $1.6 million from Sheriff Arpaio and redirected it to a new state-run fugitive task force to get real criminals off the street.

In a separate editorial the New York Times explained Napolitano’s major “achievements” over her past two terms as having been:

“…to veto bill after bill on the xenophobes’ long wish list. Those many noxious measures would have required the police to become federal immigration enforcers, denied day laborers’ speech rights, rejected the 14th Amendment guarantee of citizenship to children born in the United States, created a state militia, allowed the police to arrest the undocumented for trespassing and made English the official language.”

If and when Napolitano leaves Arizona, Republicans-many of who of which are uncompromising restrictionists-will be in full control of the governorship and both houses of the state legislature.  The New Republic quoted Arizona’s Democrat and senate minority whip, Rebecca Rios:

“The nation’s gain is going to be Arizona’s loss…In terms of what change we’re going to be able to effect in the next two years, it’s going to be slim to none.”

Hope lies with level-headed Arizona politicians like Arizona lawmaker Kyrsten Sinema, and the new speaker of the Arizona House, Kirk Adams, a conservative Republican who-according to the New York Times-at least understands the value of immigration to U.S. businesses.  Arizona’s representatives in the 111th U.S. Congress, John McCain (D-AZ), Gabrielle Giffords (D-AZ-8), and Harry Mitchell (D-AZ-5) are all supporters of comprehensive immigration reform who can serve as real leaders on the issue both on the Beltway and back at home.  Overall, as head of the DHS Napolitano will be in a better position to fight for a better national immigration policy-something that her local counterparts in Arizona won’t be able to ignore.