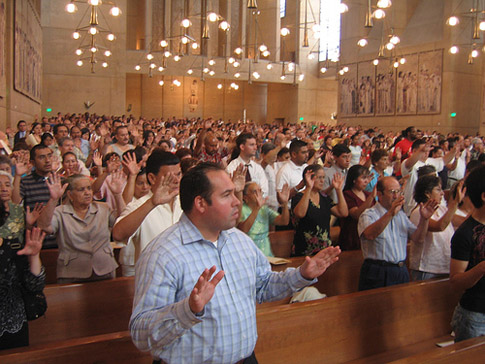 “Immigration reform is a necessity in order to fix the American economy,” he stated.  “As we work to rebuild this country, it is important that all workers and all employers are on an even playing field.  We will not fix this country if we are not all in this together.”

“Immigrants must be brought out of the shadows so they can fully contribute to our nation’s future economic and social well-being.”

Acknowledging that immigration is a humanitarian issue as well, he stated,

“We cannot accept the toil and taxes of immigrants while relegating them to a permanent underclass subject to abuse and exploitation.  The issue of immigration is an economic and social issue, for sure, but ultimately is a humanitarian one and should be viewed through that lens.”

National Council of La Raza (NCLR) President Janet Murguía pointed out that President Elect Obama’s cabinet selections have been consistent with advancing immigration reform.  Rep. Hilda Solis, Obama’s pick for the Department of Labor, and Janet Napolitano, awaiting confirmation as Secretary of Homeland Security, have both shown support for, as well as expertise in, issues of immigration.  Others designated for top slots in the new Administration have also been ardent supporters of immigration reform, including Sen. Hillary Clinton, former NCLR Vice President Cecilia Muñoz, and Sen. Ken Salazar.

“We are hopeful and confident that this year immigration reform will become a symbol of a new commitment to delivering on the promise of change.”

This week Senate Majority Leader Harry Reid made immigration reform one of his first ten bills, a traditional sign that the issue will be a priority in the new Congress.  Returning to the Senate, Senator McCain has also begun to speak out again about the need for immigration reform.  Late last year election results indicated that the American people are sick of ineffective enforcement-only policies and are ready for realistic, comprehensive solutions.  Election results have also prompted Republican leaders to do more to reach out to Hispanics.

While no one believes it will be easy, more and more leaders are agreeing that comprehensive immigration reform is necessary both to fix our immigration system and to heal our economy.