Separating Fact From Fiction About Immigrants and Crime 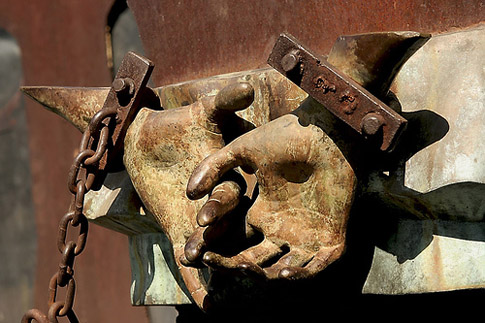 The perennially hot, and inflammatory, question of whether or not immigration is related to crime has yielded front-page stories in both the Washington Post and New York Times over the past two days.  In different ways, each of these stories highlights the extent to which the myth of a supposed link between crime and immigration has long been based on emotion rather than fact. Although study upon study over the past century has demonstrated that immigration is not associated with more crime, the “myth of immigrant criminality” persists.

On Sunday, the Washington Post ran a story about how two high-profile murders recently committed by undocumented immigrants in Maryland’s Montgomery County, together with a rising number of “serious crimes” in the county, have provoked fear among officials and residents, prompting new proposals to have police officers check the immigration status of suspects in violent crimes.  However, as the story points out, police do not know how much of the recent rise in serious crimes, “if any, is attributable to illegal immigrants.”  Yet, to many people, the lack of evidence in this regard is irrelevant.  As a defense attorney quoted in the story points out: “You’re talking about the fear that crime evokes.”

As the Brookings Institution concluded in a report last September, “when immigration is associated with crime, crisis or controversy, it makes news.” But anecdote is not a substitute for fact, especially when it comes to public policy.  Numerous national and state-level studies over the past hundred years have found immigrants are less likely than the native-born to commit crimes or be in prison, and high rates of immigration are not associated with higher crime rates.  Harsh immigration policies are not effective in fighting crime because the vast majority of immigrants are not criminals.