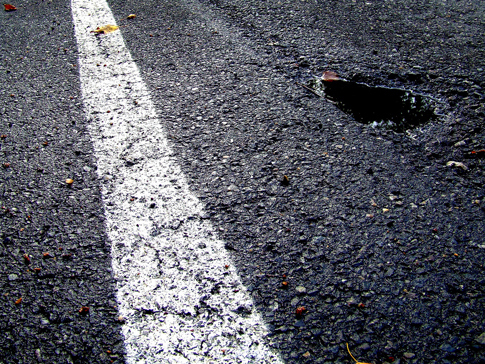 The hate group Social Contract Press, which takes a dim view of dark-hued people in general and immigrants in particular, yesterday released a new report entitled The Twin Crises: Immigration and Infrastructure.  The report is based on a simplistic and fundamentally flawed premise: that immigration is a major factor in the deterioration of the nation’s infrastructure because immigration-fueled population growth “has overwhelmed the ability of government to productively spend the vast sums it already devotes to infrastructure.”

According to the report, immigrants to the United States-and their U.S.-born children-have strained bridges, highways, mass transit systems, hospitals, public parks, and virtually every other component of the country’s infrastructure to the breaking point.  The report portrays infrastructure as if it were some sort of pristine natural habitat with a limited “carrying capacity” that is now overwhelmed by the presence of immigrants and their children.

The report’s authors pretend that the current condition of the nation’s infrastructure is related only to the numbers of people utilizing it, not to the myriad public-policy decisions made in decades past about which infrastructure projects to fund in which locales, how best to manage urban and suburban growth, how to develop effective systems of mass transit, etc.  For instance, the planning decisions which went into the creation of enormous tracts of dispersed, suburban houses with two-car garages and no mass transit in the 1950s, 60s, and 70s had little to do with immigration, but we are still feeling the effects of those decisions today as we attempt to modernize the national infrastructure. Neither immigrants nor their children are to “blame” for the fact that urban planners of decades past utilized a development model which is proving to be environmentally and economically unsustainable in the modern world.

Ironically, the authors of the report overlook the fact that the tax dollars and the labor of immigrants and their children are crucial to the renovation of U.S. infrastructure, not to mention the long-term growth of the U.S. economy as a whole.  As the native-born population grows older and the Baby Boomers retire, the United States will become increasingly dependent on immigrants as workers, taxpayers, consumers, and homebuyers.  The report leaves a crucial question unanswered: without immigrants and their children, who exactly is going to pay for the repair of the nation’s infrastructure, let alone care for the elderly population?