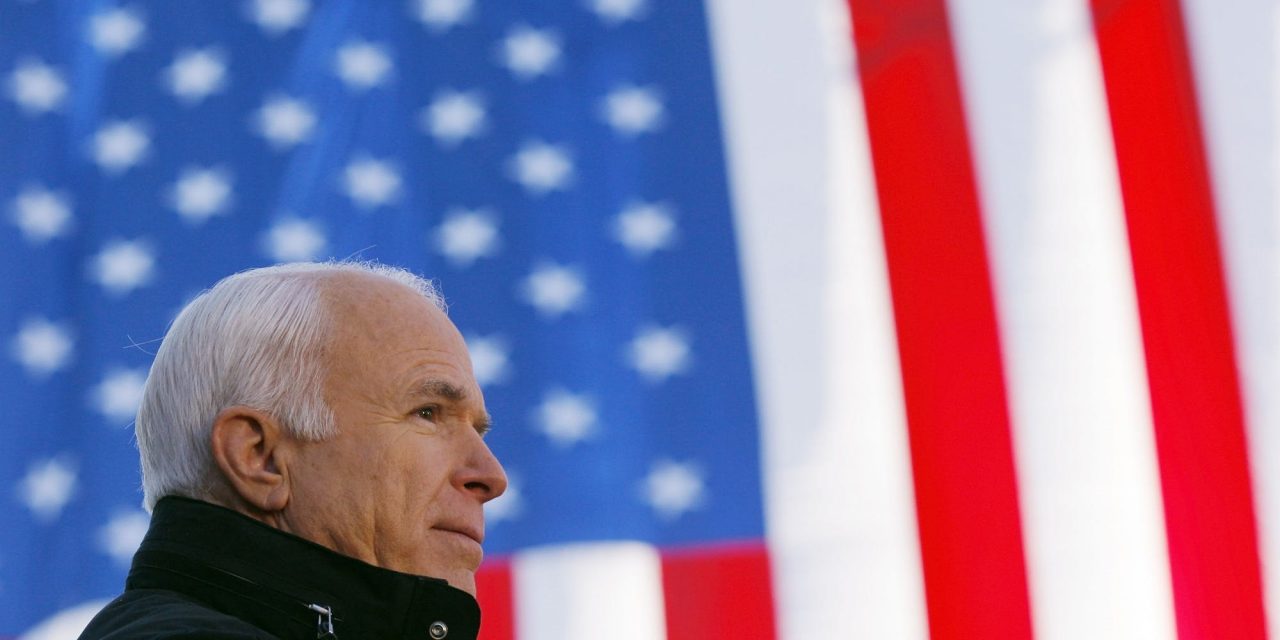 This past Sunday, John McCain appeared on CNN’s State of the Union and had an extensive conversation with news anchor John King in which he once again expounded the need for comprehensive immigration reform:

KING: You have had a rollercoaster relationship with this sheriff [Joe Arpaio, AZ]. He says he is just simply enforcing the law. He goes into businesses, he’s rounding up people. John Conyers, others in Congress say racial profiling. Is the sheriff in line or out of line in your view?

MCCAIN: Having been engaged in the presidential campaign, I haven’t paid as close attention. I’ve disagreed with the sheriff fundamentally about the fact that we need to have a comprehensive approach to illegal immigration. That includes a guest worker program. That includes securing our borders, and it includes putting people on a path to citizenship, that they’re behind everybody else, that has no — that they have to pay fines, et cetera, et cetera…

KING: In this bad economy, some here illegally say they think about going home, because they can’t find jobs in the United States, but they are afraid to go back for just that reason…I want you to listen to some sound. We sat down with Sheriff Arpaio this week here while we were here in Arizona, and we also talked to a woman named Rubi, who is in this country illegally and recently lost her job… Sheriff Arpaio says the politicians are too shy about this. That woman, Rubi, who you see in the shadows there, because we can’t show her face — she says she is afraid to stay here because of what she calls the culture of fear, and she’s afraid to go home because of the drug cartels. Should she be kicked out of the country right now?

MCCAIN: No one should be in this country illegally, but we do need to give people a path to citizenship. If they’ve been good citizens, we put them in the back of the line. They pay a fine, they do all the things that are necessary to become good citizens, and give them an opportunity to do so.

We need to enforce our borders. Every nation has to secure their own borders. But all of this has been complicated dramatically by this — people are being beheaded and hung from bridges. Twenty-one people were killed in Nogales, Sonora just the other day. I mean, it is a huge issue.

And so I think we need comprehensive immigration reform, but I also think that it’s been complicated by the drug cartel issue, and I’m surprised Americans have not been made more aware of it.