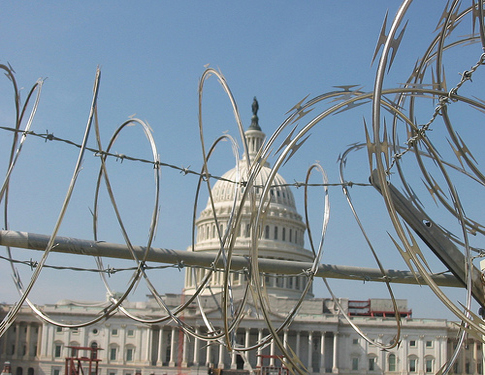 This is the first workplace raid conducted by ICE we are aware of since President Obama took office. Under the Bush Administration, ICE raided nearly 5,173 immigrants in 2008 alone.

[W]e’ve got to have comprehensive immigration reform…[We] need to get started working on it now.  It’s going to take some time to move that forward, but I’m very committed to making it happen.

[W]e’re going to make sure that we begin the process of dealing with the immigration system that’s broken. We’re going to start by really trying to work on how to improve the current system so that people who want to be naturalized, who want to become citizens…that they are able to do it; that it’s cheaper, that it’s faster, that they have an easier time in terms of sponsoring family members.

The recent raid, together with Obama’s comments on Piolín por la Mañana raise the question: What is the Obama Administration ‘for’ when it comes to immigration, enforcement, and reform? The immigrant community wants clarity.

With an estimated 12 million undocumented immigrants currently living in the United States, deportation is clearly not the solution.  The ghosts of the Bush Administration’s enforcement regime must not haunt the Obama Administration’s approach to immigration.  In a climate where communities across the nation are rethinking their current hard-line immigration laws and DHS investigates deaths in detention, arrest quotas and internal practices, the time for merely talking about comprehensive immigration reform is over. Actions, after all, speak louder than words.