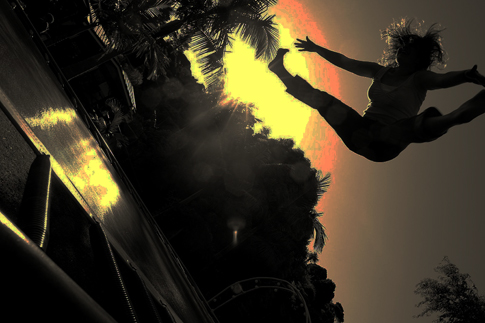 Earlier this year, the Washington Post reported that analysts across the country have been worried that the economic crisis has fueled an increase in hate groups and racist, anti-immigrant rhetoric.  With its large immigrant population and current economic woes, California is in the belly of the beast.  Yet, while many restrictionists and anti-immigrant groups are exploiting the recession and using immigrants as scapegoats, an undeniable truth lies beneath their feeble facts: California’s immigrants and their children climb up the socioeconomic ladder over time and most Californians have economically benefited as a result.

California exemplifies not only the enormous political and economic clout of immigrants, but also accounts for innumerable stories of immigrants who experience remarkable upward mobility over time, master English, and own their own homes, according to a new Immigration Policy Center report. Immigrant workers and entrepreneurs make up a large part of taxpayers and are vital when it comes to the success of California’s new budget.

Latinos and Asians account for more than one-quarter of California’s businesses and buying power.  Together, their businesses comprised more than one-quarter of all businesses in the state, according to the U.S. Census Bureau’s 2002 Survey of Business Owners.  Immigrants in California comprise more than one-third of the state’s labor force and pay roughly $30 billion in federal taxes, $5.2 billion in state income taxes, and $4.6 billion in sales taxes each year.  As for the argument that immigrants “steal” jobs from Americans, the truth is that immigrant workers often serve as complements, rather than direct competitors to U.S. workers.  All of these factors put together mean that, over a 14 year period, immigration induced a 4% real wage increase for the average native worker as confirmed by a 2007 study.

While anti-immigrant front groups blame the immigrant population for everything from traffic jams to the entire housing market meltdown, what we need now is valid information and strong leadership on economic issues, not scapegoats and lies.  These groups have misrepresented the truth so much that a recent poll conducted by the Public Policy Institute of California found a widespread misconception among Californians that immigration, especially illegal immigration, is the primary source of California’s population growth [rather than births, which are the true driver of growth].  Such misapprehension fuels the assumption that we are in a lifeboat with limited resources

, and with too many people, we’ll all sink.

Solving California’s economic problems isn’t as easy as curbing immigration.  And ultimately, immigrants are not the problem-they’re actually part of the solution when it comes to getting our country back on its feet.  Since 1848, California has been a “gateway” for immigrants who helped define the state’s greatest assets: ground-breaking technology, artistic creativity, agricultural productivity, and a fearless and fruitful entrepreneurial spirit.  The state may be facing a $42 billion deficit, but the California dream is anything but dead-immigrants and their families are part of the very engine that’s keeping its future alive.