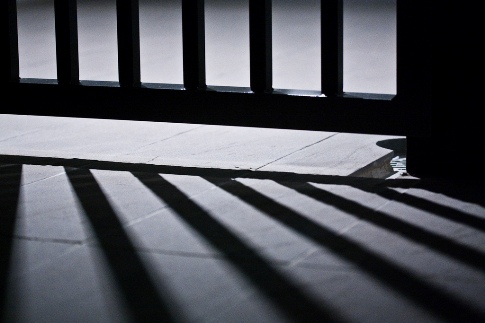 You probably can’t imagine the horror and frustration of being detained in a jail cell just waiting to be deported—separated from your friends, family and your job—knowing full well you are an American citizen with every right to live in this country. According to a recent AP article, however, this gross injustice has been the reality for literally hundreds of US citizens.

In a drive to crack down on illegal immigrants, the United States has locked up or thrown out dozens, probably many more, of its own citizens over the past eight years. A monthslong AP investigation has documented 55 such cases, on the basis of interviews, lawsuits and documents obtained under the Freedom of Information Act. These citizens are detained for anything from a day to five years. Immigration lawyers say there are actually hundreds of such cases.

This is the part of “illegal” we don’t understand—to answer restrictionists’ signature rhetorical question, “What part of “illegal” don’t you understand?” According to former Immigration and Customs Enforcement (ICE) officer Victor Cerda, US citizens end up in detention because the system is inefficient and overwhelmed. And detention numbers are expected to rise as much as 17 percent (or more than 400,000) this year.

So who among us is being detained and deported illegally? Sadly, as is the case for many people who get overlooked and thrown out in our immigration system, it is the poor, children, minorities, the mentally ill and the disenfranchised with the fewest resources and the weakest voices.

The AP followed the case of Pedro Guzman, a 31-year-old Los Angeles native, who is mentally ill and illiterate. Guzman unknowingly signed a waiver agreeing to leave the country without a hearing and was deported to Mexico—even though Guzman told officers he was a US citizen. Apparently, it didn’t matter.

He is our brother, somebody’s son, that they deported. California is like the main capital of Latin Americans. It doesn’t matter whether you are a citizen or not. If you look Hispanic, they can question you. Deportation can happen to anybody.

And Pedro Guzman isn’t alone. There are literally hundreds of other detention and deportation cases where US citizens are swept up in an immigration raid, forced to sign waivers and illegally detained and deported. The Vera Institute for Justice, for example, found that 322 detainees awaiting removal had citizenship claims in 2007, yet languished in US detention centers because they were too poor to afford adequate representation. Is this really what Americans consider effective immigration enforcement?

The more the system becomes confused, the more U.S. citizens will be wrongfully detained and wrongfully removed,” said Bruce Einhorn, a retired immigration judge who now teaches at Pepperdine Law School. “They are the symptom of a larger problem in the detention system. … Nothing could be more regrettable than the removal of our fellow citizens.

No one disagrees that our immigration laws need to be enforced, but it’s about time everyone takes a look at the effectiveness of enforcement law and policy, how they’re actually being enforced and who is illegally tangled up in our justice system.

Thankfully, for her part, Secretary of Homeland Security Janet Napolitano has ordered an examination of ICE’s detention and removal operations—but that’s just one side of immigration coin. How many more American citizens and children need to be detained, deported or forced to sign waivers before people start to realize that the disenfranchised could, one day, be you and me? After all, to borrow from Speaker of the House, Nancy Pelosi, what could more un-American than deporting American citizens?