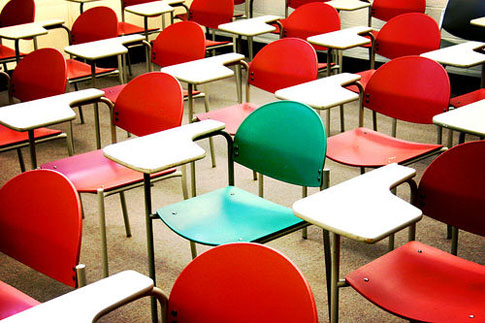 Just as the Obama administration has signaled that they hope to tackle immigration reform in the coming months, the College Board’s trustees unanimously voted to support legislation which would provide undocumented youths a path to citizenship through college or the military.

More specifically, the College Board expressed its support of the DREAM Act, a piece of legislation sponsored by Senators Richard Durbin (D-IL) and Richard Lugar (R-IN) that would give some young immigrants who have stayed out of trouble, graduated from high school, and either finished two years of college or two years of military service the opportunity to become permanent residents.  Ultimately, it aims at giving hard-working undocumented children who have always considered America “home” the opportunity to fix their status and contribute to our economy and their communities.

“As the U.S. seeks to fill the need for a college-educated workforce, it should not turn its back on youngsters who can strengthen our country’s economic and social well-being… Without educating these students to their full potential … we are wasting their talent and imposing economic and emotional costs on undocumented students and on U.S. society as a whole” said the College Board.  In conjunction with its announcement, the College Board released a report entitled “Young Lives on Hold: The College Dreams of Undocumented Students.”  The report shows that roughly 10 states which offer tuition aid to illegal immigrants saw increased college revenue by enrolling these additional students, rather than financial burdens caused by an influx of immigrants paying cheaper tuition.  According to the College Board, providing more immigrant students with the ability to receive a higher education and move into better-paying jobs would help the U.S. economy in the form of increased tax revenue and consumer spending.

While the DREAM Act’s fate is yet to be decided, congressional and White House leaders seem confident that the plight of young undocumented immigrants — along with that of their hard-working parents — will be addressed as Washington gears up to start seriously discussing immigration reform as early as this fall. The DREAM Act is viewed as an important step in the broader fight for comprehensive immigration reform that would help get our economy back on its feet, restore the rule of law, and uphold our values as a land of fairness and opportunity.  While some choose to view immigration in terms of black and white, UCLA Professor Hiroshi Motomura reminds us that the issue can not easily be divided into right and wrong or legal and illegal: