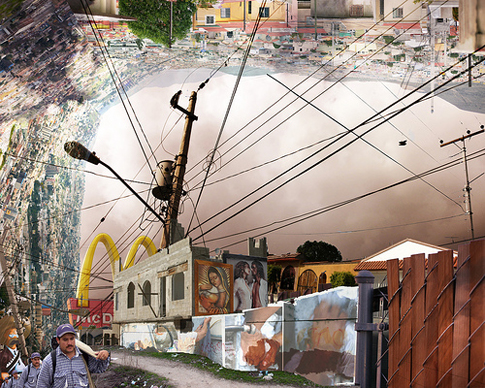 Mexican Census data released this week shows a decline in Mexican migration to the United States. This data comes as no surprise and is in line with what other researchers have been saying for months when it comes to the immigration slow down: “it’s the economy stupid.”

Mexican and American researchers say that the current decline, which has also been manifested in a decrease in arrests along the border, is largely a result of Mexicans’ deciding to delay illegal crossings because of the lack of jobs in the ailing American economy.

The trend emerged clearly with the onset of the recession and, demographers say, provides new evidence that illegal immigrants from Mexico, by far the biggest source of unauthorized migration to the United States, are drawn by jobs and respond to a sinking labor market by staying away.

The data also shows that while immigration to the United States is slowing, there is no mass exodus of those already living and working here.

Despite collapsing job markets in construction and other low-wage work, there has been no exodus among Mexicans living in the United States, the Mexican census figures show. About the same number of migrants – 450,000 – returned to Mexico in 2008 as in 2007.

Yet despite all evidence to the contrary, restrictionist groups continue to insist that the enforcement-on-steroids policies that they support are what is making the difference.

However, research conducted by Wayne Cornelius at UC-San Diego over the past decade shows that intending migrants are not deterred by enforcement and that one of the unintended consequences of our border-first immigration policies has been that migrants who might otherwise return to their home-country between seasons don’t because they don’t have a legal and affordable way to return for work.

Legalizing our current undocumented population is a top priority, but fixing our legal system to account for future flows of needed workers must also be a part of reform.  While the supply and demand of workers changes with economic conditions, the U.S. immigration system is rigid and unable to respond to these fluctuations.  The number of employment-based visas was determined by Congress nearly 20 years ago and has not changed in response to changes in the economic environment.  Creating a system that is responsive to the economy and provides legal channels for needed workers is far superior to the current system which is separating families and  has undocumented immigrants risking their lives in response to the U.S. economy.