Anti-immigrant Bills Fail at the State and Local Level 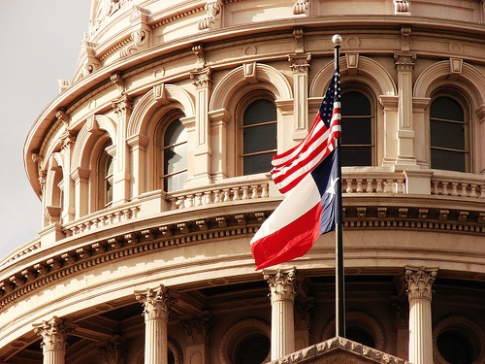 One result of Congress’s failure to pass comprehensive immigration reform is an increased focus on immigration by state legislatures.  The federal government has been unable to legalize the undocumented population, enact smart enforcement, and deal with the future immigration of workers and family members.  States and localities, then, are left in the position of trying to deal with their new immigrant communities.  While some states and localities have pushed measures to integrate newcomers into their communities, others have tried to enact harsh immigration-control measures such as deputizing police to enforce immigration laws, requiring employers to verify employment authorization through the flawed E-Verify program, and denying public benefits to immigrants.

According to the National Council of State Legislatures (NCSL), state bills related to immigration have increased dramatically in recent years:

In the first quarter of 2009, state legislators introduced 1,040 bills and resolutions relating to immigrants and refugees.  As of March 31, 2009, twenty-five states have enacted 35 laws and adopted 40 resolutions.

While the numbers are still high, this year has been different.  According to the Progressive States Network (PSN), budget deficits have meant that states are unwilling to pass legislation with a cost attached.  Immigration is less of a wedge issue in 2009—that is, politicians seem less willing to push anti-immigrant platforms because candidates who did so in the 2008 elections lost.

PSN also reports that anti-immigrant legislators have been marginalized in 2009.  Bills introduced by Texas State Rep. Leo Berman, a notorious anti-immigrant voice, got no traction, even from within his own party.  No votes were taken on any of his 9 anti-immigrant bills.

In Arizona, State Senator Russell Pearce has had little success with his anti-immigrant agenda this year.  An Arizona Republic editorial criticized Pearce for devoting time and energy to immigrant-bashing instead of doing the real work that needs to be done on the state budget.

Despite budget challenges, good legislation did pass in a few states.  Wisconsin provided funding for in-state tuition for undocumented college students who have resided in the state for three years or more.  Tennessee passed a “We Want to Learn English Initiative” grant program.  Minnesota passed legislation funding job-training and coaching for immigrants and refugees.

Some negative legislation did get passed as well.  Georgia passed a law prohibiting “sanctuary cities,” or community policing policies that allow police to maintain cooperative relationships with immigrant communities.  Arizona passed a law providing 410 million for state and local law enforcement agencies that enter into 287(g) agreements with ICE.  An Oklahoma law forces the Department of Corrections to provide a list of “foreign born nationals and suspected foreign born nationals” in prison to the DHS on a weekly basis.

It is clear that vehement anti-immigrant legislation is not as fashionable as in past years.  These measures have proven to be too expensive and ineffective, Americans care more about real solutions than scapegoating and rhetoric, and anti-immigrant politicians have not been successful on election day.

It’s impossible to predict what will happen in statehouses and local governments throughout the remainder of 2009.  However it is clear that if Congress postpones passage of comprehensive immigration reform much longer, we can expect many more anti-immigrant bills at the state and local level.