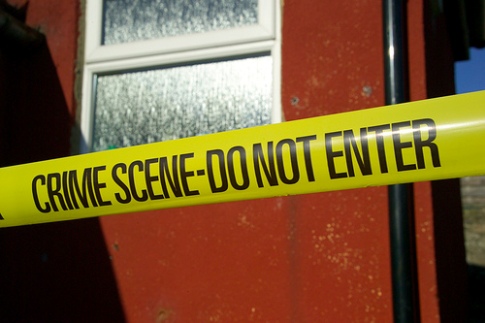 The Washington Post highlighted a report by civil rights leaders linking the recent spike in hate crimes against Hispanics and people perceived to be immigrants with inflammatory rhetoric present in the immigration debate.

The report, published by the Leadership Conference on Civil Rights Education Fund (LCCREF), looks at FBI hate crime statistics and calls for a more civil discourse that informs progress rather than “dehumanizing, racist stereotypes and bigotry” that so often permeate the debate. Michael Lieberman, Washington counsel for the Anti-Defamation League, echoed these sentiments, “The tone of discourse over comprehensive immigration reform needs to be changed, needs to be civil and sane.”

While radio-shock jocks, vitriolic television pundits, bloggers and anti-immigrant groups argue that they are merely exercising their First Amendment right to free speech, the correlation between hate speech and recent hate-fueled tragedies—such as the Holocaust Museum shooting in Washington DC, the Minutemen murders of an immigrant 9 year-old and her father in Arizona, and the beating death of Hispanic teen, Luis Ramirez, in Pennsylvania—is certainly something to consider.

The civil rights group’s report follows trends in hate crimes which, according to FBI crime statistics, are on the rise:

Hate crimes targeting Hispanic Americans rose 40 percent from 2003 to 2007, the most recent year for which FBI statistics are available, from 426 to 595 incidents, marking the fourth consecutive year of increases.

These hate crimes are and should be taken as a serious and dangerous trend. In April, the Department of Homeland Security (DHS) Office of Intelligence and Analysis was lambasted for a report which warned of right-wing extremist groups and the potential for violent action—a report made more relevant in the eyes of critics given the spike in recent hate crimes. The DHS report cites frustration over a perceived lack of federal action on undocumented immigration, as well as dangerous hate rhetoric, as a source for potential violence:

Over the past five years, various rightwing extremists, including militias and white supremacists, have adopted the immigration issue as a call to action, rallying point, and recruiting tool. Debates over appropriate immigration levels and enforcement policy generally fall within the realm of protected political speech under the First Amendment, but in some cases, anti-immigration or strident pro-enforcement fervor has been directed against specific groups and has the potential to turn violent.

In a recent article on the “degradation of American dialogue,” award-winning journalist Michael Rowe comments on “hate pollution” in the national dialogue:

There was a time when intellectual honesty was not considered unpatriotic; when compassion for, and understanding of, your fellow man was a sign of strength, not weakness…A time when it was expected that citizens would understand the difference between free speech and irresponsible speech.

The recent spree in hate crimes, while not a direct result of the media’s and extremist group’s hate-filled rhetoric, ended in the sad and tragic loss of life at the hands of individuals. The civil rights group’s report reminds us that words have consequences and the media at large, regardless of political leaning, should consider the role angry and hate-filled rhetoric plays, not in ratings or popularity, but in lives of real people.