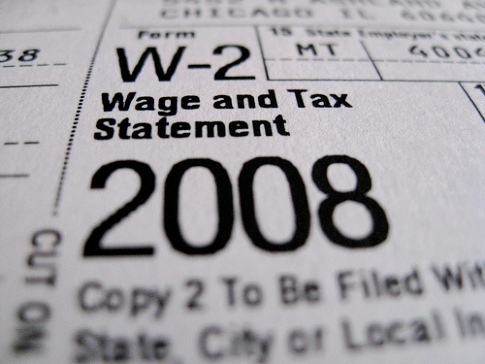 There is a lot of confusion surrounding Individual Taxpayer Identification Numbers (ITINs)—what they are, who has them, and the purposes for which they are used. Immigration restrictionists take advantage of this confusion and often bring up ITINs in an effort to make it seem as if undocumented immigrants are receiving special benefits or quasi-legal immigration status. The fact is that ITINs are used to pay taxes—some legal immigrants have them, some undocumented immigrants use them, and some people who don’t even live in the U.S. have them if they need to pay U.S. taxes.

The ITIN was created by the Internal Revenue Service (IRS) in July, 1996 so that foreign nationals and other individuals who are not eligible for a Social Security number (SSN) can pay the taxes they are legally required to pay. While the ITIN is a nine-digit number like the SSN, an ITIN is not a physical card—it’s just a number. Many types of people may have an ITIN: foreign investors may have ITINs to pay taxes in the U.S.; foreign students who are not eligible for SSNs but must pay taxes; spouses or children of immigrants on temporary visas; and undocumented immigrants. For further clarity on ITINs, take a look at a new fact sheet by the Immigration Policy Center (IPC).

It still comes as a shock to many Americans, but undocumented immigrants are required to pay taxes, and they do pay taxes. Between 1996 and 2003, more than 7.2 million ITINs were issued, and more than $300 million was collected in taxes in 2001 alone from ITIN filers, a large portion of whom are undocumented.

A few states still allow people to use an ITIN instead of an SSN to apply for a driver’s license. And some banks and credit unions allow ITIN holders to open accounts or apply for loans. The idea, however, is not to give a special benefit to undocumented immigrants, but to make sure that, for reasons of public safety, everyone driving on the roads is properly licensed and insured, and everyone can safely put their money in a bank rather than carry cash and be vulnerable to theft.

The IRS is not supposed to share information about ITIN holders with the Department of Homeland Security for immigration enforcement purposes. Taxpayer privacy is an important cornerstone of the U.S. tax system. Unfortunately there have been a few cases of ITINs being used to target individuals for immigration violations. And if a worker incorrectly uses an ITIN on an I-9 form instead of an SSN, the IRS may notify the employer that the worker has a discrepancy.

So while ITINs provide a way for certain persons to pay taxes, they are certainly not an “amnesty” or ticket to legal status for anyone. As is the case so often in immigration policy, the only real solution is comprehensive immigration reform.  We want everyone working and living in the U.S. to be legal. We want everyone paying taxes. By fixing the broken immigration system and converting undocumented immigration into legal immigration, the dilemmas caused by the ITIN can be avoided.