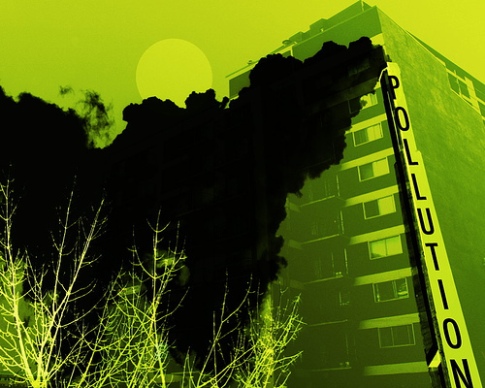 In a new “special report” released on July 1, the Federation for American Immigration Reform (FAIR) regurgitates an old and deeply flawed argument: that immigration causes pollution. Specifically, the report claims that, because immigration increases the size of the U.S. population, it also increases U.S. energy consumption, which increases U.S. greenhouse gas emissions, which contributes to global warming. If this line of reasoning seems a tad weak, that’s because it is. As Andrea Nill writes for the ThinkProgress Wonk Room, the report relies largely on “anecdotes and inferences” in an “attempt to pander to progressive soft spots” on the environment.

The FAIR report, entitled “Immigration, Energy and the Environment,” neglects to mention a seemingly obvious fact: that a few people can pollute a lot, or a lot of people can pollute a little. Even in countries with similar standards of living, there is not a direct, one-to-one relationship between population size and the production of greenhouse gases or other pollutants. For instance, according to the World Resources Institute, the United States is home to 23% fewer people than the European nations of the EU-15, yet produced 70% more greenhouse gases, such as carbon dioxide, as of 2000. The production of greenhouse gases in the United States is a function not of population size, but of the degree to which we as a society rely upon fossil fuels, power plants, industrial processes, and automobiles that actually produce greenhouse gases.

The faux environmentalism on display in FAIR’s report is common among the other anti-immigrant groups, such as NumbersUSA and the Center for Immigration Studies, which were spawned over the years by uber-nativist John Tanton. Yet this brand of “green xenophobia” offers no useful guide for the formulation of effective policies on immigration, energy, or the environment. Blaming immigrants for greenhouse gas emissions won’t fix the dysfunctional U.S. immigration system or reduce the U.S. economy’s dependence on polluting and non-renewable fossil fuels. The most that FAIR can hope to accomplish with its report is to offer an environmental fig leaf behind which anti-immigrant policymakers and commentators can attempt to hide.