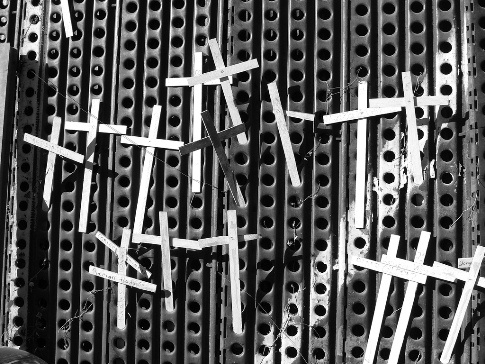 Today—on the fifteenth anniversary of “Operation Gatekeeper”—the American Civil Liberties Union (ACLU) of San Diego & Imperial Counties, and Mexico’s National Commission of Human Rights (CNDH), jointly released a report which shines a much-needed spotlight on the fatal consequences of U.S. border-enforcement policies. The report, Humanitarian Crisis: Migrant Deaths at the U.S.-Mexico Border, describes the consistent and systematic under-counting of deaths among migrants by the U.S. Border Patrol, and draws from a wide range of sources to produce its own chilling body count: 5,607 dead from 1994 through 2008—including 725 in 2008 and 827 in 2007. As the report emphasizes, these deaths are a direct result of U.S. border-enforcement policies which fail to deter unauthorized immigrants from coming to the United States, while wasting tens of billions of taxpayer dollars on symbolic and ineffective measures such as the ill-conceived U.S.-Mexico border fence.

The ACLU/CNDH report should serve as an urgent reminder to Members of Congress and the Obama administration that, for every day they continue to procrastinate on comprehensive immigration reform, another person dies along the southwest border. Moreover, these lives are being lost for the sake of border policies that do nothing to bolster either the U.S. economy or U.S. national security. The security of the nation is enhanced by tracking down would-be terrorists and dangerous criminals, not by having Border Patrol agents chase job-seekers through the desert or collect their bodies after they perish. The American economy would be best served by granting legal status to unauthorized immigrants who are already here, thereby enabling them to earn more, spend more, and pay more in taxes—not by engaging in a costly and fanciful attempt to remove all 12 million of them from the country. As the Independent Task Force on U.S. Immigration Policy put it in July 2009, “the continued failure to devise and implement a sound and sustainable immigration policy threatens to weaken America’s economy, to jeopardize its diplomacy, and to imperil its national security.”

In other words, comprehensive immigration reform is a humanitarian, economic, and security imperative. Lawmakers who claim that their legislative to-do lists are just too full for immigration reform are not doing anyone any favors. Meanwhile, more men, women, and children needlessly die.