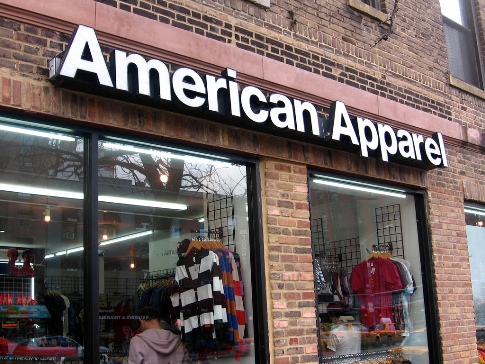 This week, American Apparel is slated to lay off 1,800 workers from its clothing factory in Los Angeles. The impending layoffs are the result of a federal investigation which turned up irregularities in the documents workers presented when first hired by the company. The investigation itself represents a new direction in Department of Homeland Security (DHS) immigration enforcement, one which focuses on audits of employment records rather than mass roundups and S.W.A.T.-team raids—raids which inflicted abuse and trauma on immigrants, their families and our communities.

While DHS’s new focus on worksite enforcement is without the brutality of guns or dogs, the imminent firing of these workers—many of whom joined American Apparel years ago when the economy was robust and jobs were plentiful—is no cause for celebration. The disruption at American Apparel and the ripples it will send throughout Los Angeles represents another kind of tragedy—one that is a consequence of our broken immigration system.

The problems employers face typically receive little attention. The impact our broken system is having on those businesses who want to do the right thing is untold. Rather, companies who employ the undocumented are vilified as greedy behemoths who are intent on exploiting workers in order to wring as much profit as possible. As convenient as these images are in justifying the call for ever harsher penalties against employers, the American Apparel case points to a reality that belies these convenient stereotypes.

While it’s true that there are “big business” employers who knowingly hire undocumented immigrants to keep wages low and employers who exploit workers in modern sweatshops, it is worth remembering that in a labor force of more than 150 million workers, these abuses are not the experience of the vast majority of employees.

In reality, it is the small and medium-sized businesses—not giant corporations—who employ most workers in America—including most undocumented immigrants (studies show that most undocumented workers are employed by companies with fewer than 25 employees). Most of these business owners are honest, hard working people who are trying to keep their doors open and realize their own American dream. The vast majority of them want to comply with the law—including our immigration laws. For them, their immigrant workers (documented or not) aren’t chattel. They are human beings who they work with and care about. They depend on each other for the success that they are both working hard to achieve.

Obviously, American Apparel is no mom and pop clothing maker. It’s a huge corporation that makes hundreds of millions of dollars a year. Yet, the stories coming out of the dismissal of those 1,800 workers are stories of long term employees being paid decent wages. The company is proud of their “Made in America” labels and they are proud and respectful of their workers. Clearly, American Apparel is an exception on many levels. Not every CEO of a large corporation would go into the streets and stand shoulder to shoulder to protest workers who have been victimized by our broken immigration system. Nevertheless, American Apparel challenges the convenient stereotypes swirling around the immigration debate.

The problem for employers, big and small, is that abiding by our immigration laws is far too difficult. We have turned employers into de facto immigration agents—a mistake compounded by Congress’s failure to provide the tools needed to do the job. In the current environment, employers are required to except at least 23 different kinds of documents (not counting 50 different state drivers licenses and numerous forms of federal identification cards) from their employees as proof of identity or employment authorization. At a time when very sophisticated, fraudulent documents are readily available we have left decent employers with no way to effectively know who is authorized to work, and we have given unscrupulous employers a legitimate defense against the punishment they deserve.

If we are to continue the misguided policy of forcing employers to bear the burden of enforcing the law, there is no doubt that additional high tech electronic verification systems will be proposed, or current systems expanded. The current program provided through the E-Verify program, however, is woefully inadequate. The program is built on databases riddled with inaccuracies and limitations which were never designed as an enforcement tool. Moreover, employers need real-time answers on employment eligibility, but U.S. Citizenship and Immigration Service (USCIS), which is responsible for processing applications for legal status and employment authorization, operates on something closer to geological time. That isn’t the fault of the hard working people at USCIS. It is a reality created by the fact that the service side of DHS gets next to nothing in direct appropriations and is forced every year to perform a financial juggling act to find the money and resources to do its job effectively. The result is that immigration status is not nearly as black and white as the public seems to think. In fact, there are a hundred shades of grey made up of people whose applications are pending or whose status is changing. It is naïve to think that employers (or local police departments for that matter) have the time or resources to sort through this mess.

Photo above by walker cleavelands.