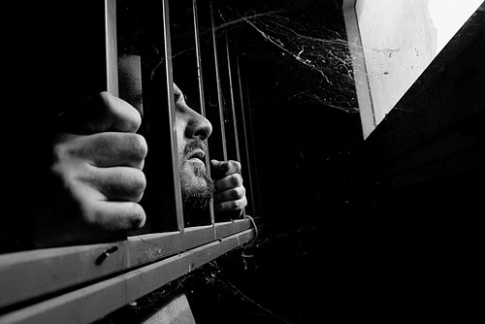 When I was a little girl, my mom posted a sign in our kitchen which read, “If you want to change the world, start with your own little corner.” It’s possible that Dr. Dora Schriro, author of the Immigration Detention Overview and Recommendations report released today by DHS, grew up with a similar motto. Her concise report systematically documents and critiques the legendary shortcomings and tragic consequences of America’s immigration detention system.

Schriro’s recommendations urge ICE to clean up its own little corner by fundamentally reorganizing and re-orienting immigration detention. Schriro, a recognized expert on building prison systems that work, argues that we must shift from a penal model of detention—designed to punish criminals—to an entirely different framework based on the unique characteristics of the detained immigrant population. Because the majority of immigrants in detention have committed no crime, but are instead seeking relief or repatriation, the very nature of detention itself must be different. Topping Schriro’s list: improved management, new standards, genuine alternatives to detention, better medical care, and expanded access to basic rights such as legal materials and counsel, visitation and religious practice.

To their credit, Secretary Napolitano and Assistant Secretary for ICE, John Morton, have embraced the report and announced a series of changes based on Schriro’s recommendations. Notably absent from this round of changes, however, were two things dear to the hearts of many advocates: revised parole criteria allowing more people to be released on their own recognizance and a codification of existing detention standards. Morton has promised that the parole policy is being reviewed separately, but the codification piece is a bit trickier. DHS argues that current detention standards need to be significantly revised—with the involvement of the community—so why would they commit to putting into regulations something they hope to change and perfect?

That’s a question for another day but it is one that Congress has sought to address. Bills in both chambers would put basic detention standards into statute in an effort to ensure that, regardless of who is in charge, there would be a fundamental level of decency below which we couldn’t go.

Restoring integrity to the detention process by ensuring that those who must be detained are treated appropriately is an important first step in fixing our broken immigration system. Unlike comprehensive immigration reform, tied as it is to a Congressional calendar the Administration cannot control, detention reform is primarily administrative and its timeframe can be set by DHS. Today’s announcement, however, is a good sign that the Administration is starting in ICE’s cobweb-infested corner—today detention, tomorrow comprehensive immigration reform.