Family Ties: A Closer Look at the Problem with Our Family-Based Immigration System 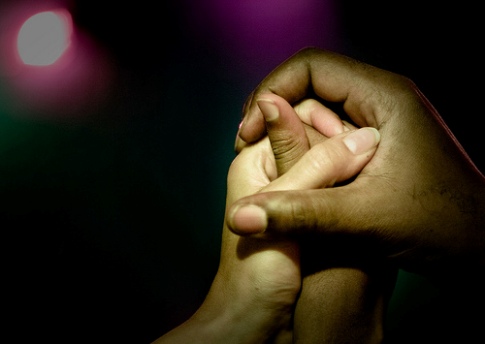 The U.S. immigration system has always promoted family unity by awarding the majority of visas to the families of current U.S. residents, which ensures that close family members are not kept apart. The principle of family unity has long been a central tenet of our immigration laws and has contributed to the economic and social prosperity of our country and immigrant populations.

However, the benefits of family-based immigration are undermined by the well-documented backlogs—backlogs caused by quotas in family immigration categories which fall far short of the number of immigrant visa applications. Repeated shortfalls have resulted in increasingly unreasonable wait times. For instance, the average current wait time for spouses and minor children of legal permanent residents (green card holders) is five years, and the wait time for adult children of U.S. citizens is six years for those still single and eight years for those who have married. Siblings of U.S. citizens must wait between ten and eleven years.

These waiting times are even more prolonged for immigrants from certain countries—such as China, India, Mexico and the Philippines—because the quota system is accompanied by per country caps that do not take into account the country’s size or ties to the U.S. For example, an adult child of a U.S. citizen from Mexico currently waits more than fifteen years; and a sibling of a U.S. citizen from the Philippines must wait more than twenty years. The disproportionate impact on Asian and Latin American immigrants is further exacerbated by the fact these countries together account for approximately 75 percent of all family-based immigrant petitions.

Meanwhile, family-based immigrants make vital contributions to the U.S. economy as productive workers and entrepreneurs. They play a key role in industries important to economic growth, start businesses and support communities. Family-based immigrants have a proven record of entrepreneurship and are more likely to be self-employed and to start small and medium-sized businesses than native-born Americans. The number of Hispanic-owned businesses, for example, has grown at three times the national average. Such entrepreneurship has been—and will continue to be—vital to job creation, economic growth and continued neighborhood revitalization across the country.

Ensuring immigrants can come to the U.S. with their families further enhances the nation’s ability to attract the best and brightest from abroad and allows the U.S. to maintain its competitive edge. Immigrants who are able to bring their families with them to the United States also have increased incentives to invest more, if not all, of their earnings domestically rather than remit them abroad—an outflow that amounts to more than $300 billion per year.

Not only do loved ones provide support and care for young children and the elderly, families also support each other financially which ensures that new arrivals do not become a drain on public resources. The presence of family also provides emotional support that assists new immigrants in adjusting and integrating into their new surroundings and culture. Indeed, immigrant families have proven to be vital emotional, psychological and cultural resources for entire communities, not only family members.

Despite the demographic shifts created by various immigration reforms over the years, there has been no substantial adjustment of our family immigration laws in the last 20 years. The broken system has left an estimated 4 million close family members of U.S. citizens and green card holders—potential Americans who would be a tremendous asset to this country—stuck in visa backlogs. Without reform, this number will only continue to increase. Unreasonable wait times compel individuals desperate to see their closest family members consider alternatives to legal entry. Significant reform is urgently needed to bring families together within a reasonable time period. We should not force people to make the impossible decision between their family and their home or livelihood.