Labor Pains: How Our Broken Immigration System Hurts All Workers 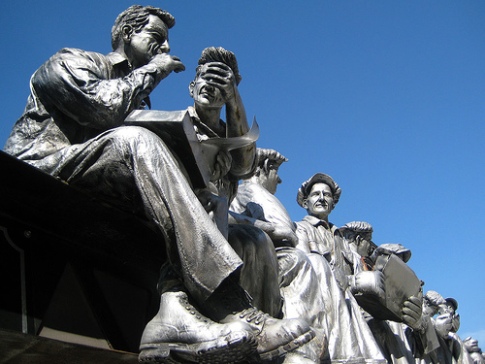 While most employers are law-abiding, some unscrupulous employers have a secret weapon for keeping down wages and working conditions—our broken immigration system. Bad apple employers hire undocumented immigrants, subject them to unsafe working conditions, pay them less than the market wage, or don’t pay them at all. If undocumented workers file a labor complaint or try to form a union, the employer will threaten them with deportation or even call DHS to have the workers deported. Then the workers are whisked into detention or out of the country before they can seek remedies for the labor violations. Most employers don’t get punished for their misconduct, which puts unscrupulous employers at a competitive advantage over law-abiding employers.

Why is this bad for all workers, including U.S. citizens? Easy-to-exploit undocumented immigrants under the constant threat of deportation are forced to accept sub-standard working conditions. This spills over to authorized workers who must also accept these conditions or risk losing their jobs. This also undercuts union organizing. Undocumented coworkers have fewer legal avenues for redress of labor violations and far less incentive to participate in collective efforts to improve conditions at the workplace.

A recent report by the National Employment Law Project found a slew of labor and employment law violations in low-wage industries in three of the nation’s largest cities:

The Drum Major Institute argues that all workers benefit from a strengthening of workplace rights for immigrants. In fact, they find that undocumented workers’ ability to improve their own working conditions would benefit all workers by making jobs more desirable, which translates into more jobs that can support a middle-class standard of living. The Immigration Policy Center also reports that lack of legal status makes unauthorized workers extremely vulnerable to abuse by unscrupulous employers, and at the same time jeopardizes the competitiveness of those employers who try to follow the law.

As immigration reform hovers on the horizon, we should learn a lesson from the failure of our current broken immigration system and ineffective worksite enforcement policy. Not only does current policy fail to address the economic incentive that employers have to hire undocumented workers, but it has allowed unscrupulous employers to gain an unfair advantage and use immigration law to drive down the wages and working conditions of all workers.

Worksite enforcement will be part of comprehensive immigration reform. However, the real answer to “enforcement” at the worksite is making sure all workers can exercise their labor rights, increasing enforcement of labor and employment laws, and closing the gaping loophole that allows immigration enforcement to trump labor law enforcement. Policymakers need to take on this critical issue. Otherwise, the employment rights of all of us are at risk.