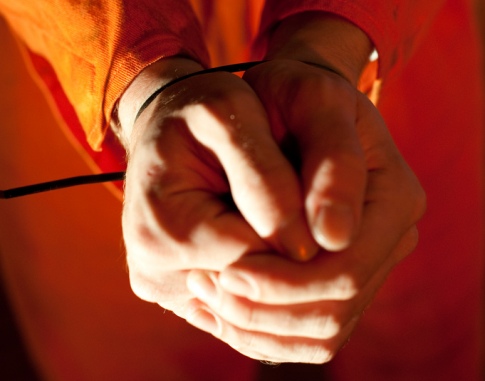 Two recent reports draw attention to yet another defect in the government’s problem-ridden detention system: ICE’s practice of regularly transferring immigration detainees from one jail to another, often far from where ICE initially arrested them. Transfers have a devastating effect on a person’s ability to retain counsel and maintain an attorney-client relationship; present a defense to deportation; and obtain release from detention. The government should take immediate steps to eliminate these effects and ensure that people who are detained are afforded a fair hearing.

Statistics released by the Transactional Records Access Clearinghouse, show that more than half of all people detained by ICE are transferred from one jail to another. This number has increased significantly over the past several years. In 1999, the government transferred only one in every five detainees. Not only are more people being transferred, but also increasingly, many people are transferred several times. In 2008, one out of every four detainees was transferred multiple times.

As reported by Human Rights Watch, transfers come at high cost to the immigration detainee. Although the government does not appoint a lawyer for people facing removal proceedings, some people are able to retain their own lawyer. When they are transferred to a jail hundreds or thousands of miles away, attorney-client communication and adequate case preparation is severely compromised. Typically, there is no advance notice that the person is being moved, and after the transfer, lawyers often are unable to locate their clients. Moreover, even if a lawyer is willing and able to maintain long distance representation, the immigration courts often are not accommodating. Some immigration judges preclude lawyers from appearing by phone or video, and many detainees simply cannot afford to pay for their attorney to travel to the new location.

For individuals who are unrepresented, transfers hinder their ability to retain a lawyer. Not only are they far from families and friends who could have assisted these efforts, but there are far fewer lawyers and pro bono resources in many of the remote locations where ICE transfers detainees.

Being far from family and friends also means being far from the evidence and witnesses that people need to represent themselves in immigration court. Likewise, it may be difficult to produce evidence for a bond hearing, where a detainee can ask to be released from jail. Thus, transfers impede detainees’ efforts to present a defense to deportation and may result in unnecessary detention and even unlawful deportations.

While some transfers may be unavoidable, the government must not restrict access to counsel or frustrate a person’s right to present a defense. Human Rights Watch has recommended several steps the government should take to improve the current situation. These recommendations include: increase the use of alternatives to detention; build or contract detention facilities in locations where most people are arrested; refrain from transferring people who are represented by local counsel or who have family members, community ties, or key witnesses in the local area; and implement a tracking system to locate detainees. These steps would go a long way toward safeguarding detainees’ rights to a fair hearing.