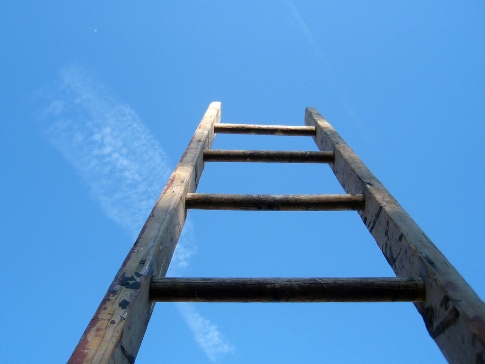 As a front-page story in today’s Washington Post reminds us: “Not since the last great wave of immigration to the United States around 1900 has the country’s economic future been so closely entwined with the generational progress of an immigrant group.” The story highlights the degree to which the children of immigrants from Latin America have become crucial to sustaining the working-age population and tax base of the nation—particularly as more and more of the 75 million Baby Boomers retire. Moreover, the parents of these children most likely would not have even come to this country if not for the U.S. economy’s past demand for workers to fill less-skilled jobs—demand which was not being adequately met by the rapidly aging and better-educated native-born labor force. The Post story also casts a spotlight on the insecurities and anxieties of commentators who feel that Latino immigrants and their descendants aren’t integrating into U.S. society and moving up the socio-economic ladder “fast enough.” Although these concerns are certainly understandable, they are as unjustified now as they were a century ago when they were directed at immigrants from southern and eastern Europe.

By any objective measure, the children of immigrants from Latin America are making significant progress compared with their parents. As demographer Dowell Myers points out in a 2008 report, the experience of Latino immigrants in California reveals not only the vast strides that immigrants themselves make within their lifetimes in terms of English proficiency, homeownership, and declining poverty rates, but also the degree to which the children and grandchildren of immigrants do better than “newcomers.” Similarly, the National Research Council’s Panel on Hispanics in the United States concluded in 2006 that “trends in wages, household income, wealth, and home ownership across time and generations point to the gradual ascension of many U.S.-born Hispanics to the middle class.” And a 2003 study by economist James P. Smith of the RAND Corporation found that successive generations of Latino men experience significant improvements in wages and education relative to native-born non-Latinos. Smith concludes from his analysis that “fears are unwarranted” that Latinos are “not sharing in the successful European experience, perhaps due to a reluctance to assimilate into American culture.”

Of course, the socio-economic progress of Latinos over the course of generations is sometimes difficult to see since two-out-of-five Latinos in the United States are foreign-born. But this is a matter of historical perspective, not substance. For instance, in 1891, then-Representative Henry Cabot Lodge (R-MA) warned that “immigration to this country is increasing and…is making its greatest relative increase from races most alien to the body of the American people and from the lowest and most illiterate classes among those races.” He was speaking principally of the Italians, but also the Russians, Poles, and Hungarians. He observed that these immigrants, “half of whom have no occupation and most of whom represent the rudest form of labor,” are “people whom it is very difficult to assimilate and do not promise well for the standard of civilization in the United States.”

Lodge also complained that immigrants such as the Italians:

…come to the United States, reduce the rate of wages by ruinous competition, and then take their savings out of the country, are not desirable. They are mere birds of passage. They form an element in the population which regards home as a foreign country, instead of that in which they live and earn money. They have no interest or stake in the country, and they never become American citizens.

The passage of time has since proven Lodge wrong concerning the upward mobility of Italian Americans, just as it will in the case of today’s immigrants from Latin America. This isn’t to say that the undeniable disparities in educational attainment and income between native-born Latinos and native-born non-Latinos in the United States aren’t pressing social concerns. However, to effectively address these problems, they must first be accurately identified. The challenges confronting—and posed by—a poor immigrant from Mexico differ from those of a poor second-generation Latino whose parents are immigrants, which in turn differ from those of a poor third-generation Latino whose parents are native born. Some of these challenges are unique to the immigrant experience, others derive from being part of a “minority” group in U.S. society, and others stem from dynamics of poverty that are not limited to any ethnic group, immigrant or otherwise.

For instance, if some third-generation Mexican Americans—like other minority groups in the United States—have encountered a “glass ceiling” in wage growth, this says more about the need for educational investment in poor communities than it does about a culturally specific lack of ambition. To treat Latinos as inherently incapable of upward mobility and as a homogeneous group guided by some innate resistance to “assimilation,” as some immigration restrictionists do, serves only to simplistically misidentify what are in fact a diverse range of issues.