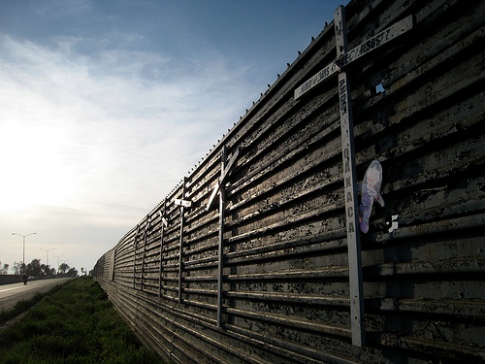 For years, the U.S. government has tried and failed to curb undocumented immigration through enforcement-only tactics at the border and interior raids. The number of Border Patrol Agents has increased substantially over the past years—as have budgets and technological investment at the border—yet none of these increases have resulted in a significant decline in the undocumented population. In fact, we have the largest undocumented population in our nation’s history. Simply enforcing the woefully outdated and ineffectual immigration laws currently on the books is not working. Many immigration enforcement experts—including DHS Secretary Janet Napolitano—agree that the only way to solve our immigration enforcement problems is through comprehensive immigration reform.

Enforcement is only part of the equation. Throwing more and more enforcement resources at the problem will not make us more secure or resolve the on-going problem of illegal immigration. Frankly, the time has come to address immigration and dealing with the status of the estimated 12 million undocumented persons in our midst. The time has come for Congress to enact comprehensive immigration reform to deal with this problem, which has national security, local law enforcement, financial and economic, and social ramifications for our country.

As the Immigration Policy Center’s (IPC) latest solution paper, Enforcing Immigration Laws: Repairing our Broken Immigration System points out, comprehensively reforming our broken immigration system will transform the role of immigration enforcement. The legalization of unauthorized immigrants already in the United States, for example, will result in a significantly smaller unauthorized population, and the creation of flexible legal channels for those immigrants we want and need will ensure that future flows of illegal immigration are minimal. While there will continue to be a need to enforce our nation’s immigration laws, the challenge is designing appropriate, effective enforcement mechanisms for a new, well-functioning legal immigration system.

So what key changes are necessary for enforcing of our immigrations laws within the context of immigration reform?

Clearly, comprehensive immigration reform also means enforcing current laws in a manner that ensures fair and humane treatment for all. Due process and humane policies must be restored at every stage of the process, including during worksite and home raids. Enforcement must also include employment law enforcement. Comprehensive reform must recognize that strong employment protections for all workers reduces the incentive for unscrupulous employers to hire and mistreat unauthorized workers, thereby improving wages and working conditions for all workers.

Tomorrow, let’s hope that Department of Homeland Secretary(DHS) Janet Napolitano—who will appear at a DHS oversight hearing before the Senate Judiciary Committee—will continue her push for a comprehensive overhaul of our immigration system as an imperative for the ultimate security of the United State.